There are several news reports coming out now that Gwar lead singer Dave Brockie passed away yesterday.  He was found sitting in his chair.  According to the results drugs, suicide, nor foul play are suspected.  There will be an autoposy to deterime the cause of death. 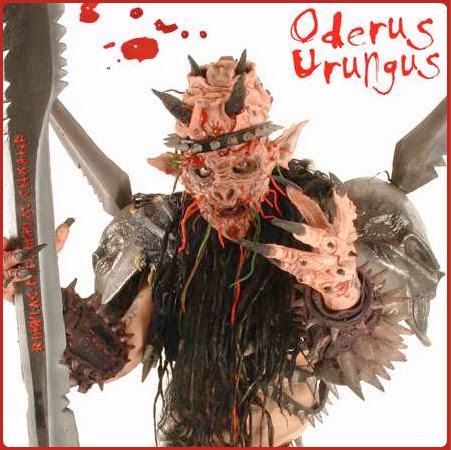 I just found out myself minutes befomre writing this update, so it may ramble a little.  I had to go back and look up when Corey died because it seems like it was just a little while ago; but that was back in November of 2011.

Dave was funny, intelligent, and of course vulgar as all hell.  I first discovered Gwar not long after Scumdogs of the Universe came out and have been following them ever since.  Somewhere tucked back in my closet is the first shirt I ever wore to a Gwar show, its mostly pink from when someone tried to wash it.  Gwar is easily the band I've seen the most live.  The few times I had run into the guys, they were all incredible.

My thoughts go out to Dave's friends, family, and bandmates.  There will never be another person like Dave Brockie.
Posted by Ken O at 12:08 PM