The newest and possibly last DLC trailer for Dragon Age: Inquisition dropped this weekend.  Tresspasser is DLC set two years after the final events of the game and will hopefully answer a lot of the questions players were left with.  In addition to finding out the fate of the Inquisition you get to fight Qunari again.

In addition to the DLC BioWare also announced some more quality of life patches are on the way.  Tresspasser will launch September 8th.  I know I'll be getting it, the last few seconds of the trailer all but demand that I do.
Posted by Ken O at 11:37 AM No comments:

In one of the more strange/wonderful things I can think of Steven Amell is going to be wrestling at Summer Slam this Sunday.  Amell is a long time wrestling fan that had been tweeting out how much he wanted to be involved with WWE.  When his dream finally came true he began a feud with Stardust.  Stardust is the character played by Cody Rhodes.  Rhodes is known for being a fan video games and comic books.  He has come to the ring dressed as Mr. Sinister from the X-Men and even before he became Stardust he would wear a Tri-Force symbol on his boots. 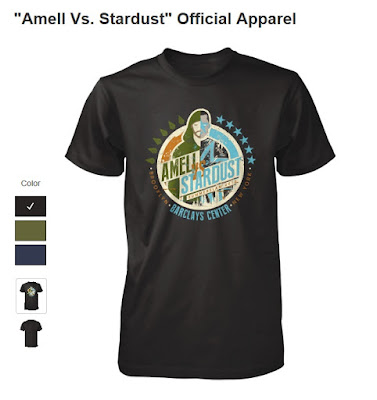 The impressive thing about this is Amell’s passion and the fact that he’s been training to get into the ring.  Usually when a celebrity gets in the ring with a wrestler you can expect some badly thrown punches and maybe a slam of some sort.  Considering how active Amell is doing stunt work on his own show it looks like this is going to be an incredibly entertaining match.

To celebrate his match Amell is selling a limited time shirt.  Featuring Stardust and the Arrow the shirt is pretty cool looking.  Even cooler is that a portion of proceeds benefit Emily’s House, a hospice for children.  You can order the shirt by clicking HERE.
Posted by Ken O at 8:06 AM No comments:

Star Wars is a huge topic of discussion lately.  Disney’s D23 convention has really sparked conversation with the news of a Star Wars Land in their parks and an army of new Star Wars products.  The Force Awakens is showing up everywhere.  We’ll be talking about what this means for Fantasy Flight’s X-Wing game tomorrow, but that isn’t the only place that is getting a big shakeup.  This week end also showed the first two Disney Infinity Figures for the Force Awakens playset. 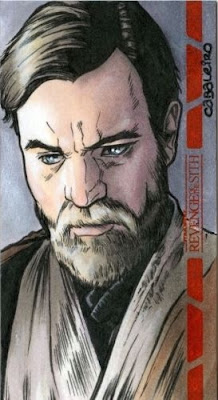 The thing I find the most interesting is how quickly people have come to re-embrace Star Wars.  There will always be and have always been that people that love the franchise, but the prequels did a lot of damage.  The hype around these new trailers matches the buzz that was going around during the Phantom Menace.  People are excited about Star Wars again and that’s a pretty wonderful thing.  I can still remember taking the day off to see Phantom Menace.  I was stationed in a small enough city that I didn’t have to camp out or anything, but I did arrive to the theater like two hours early.  Everyone was so excited in the theater when that opening crawl came up. 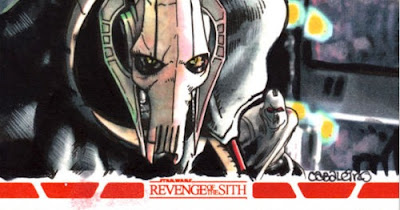 I suppose time heals all wounds.  I like to think that the Clone Wars and Rebel cartoons helped.  Including the original cast makes it feel like the new films will be good.  I mean it’s not like Harrison Ford would sign up for a bad movie in a beloved franchise….  In addition to that, there is a generation who grew up with the prequels as their first Star Wars movies.  I’ve met people who count those as their favorites.  That seems crazy to me but I suppose like with James Bond, the first one you see is probably going to make the biggest impact on you.  And to be honest, while there is a lot I don't like; there is something about each of the prequels that I enjoy. 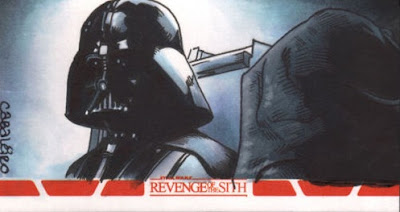 I won’t lie, I’m hyped about Star Wars.  The first time I saw the X-Wings skimming over the ground in the trailer I knew they had my ticket money.  When I saw that the droid BB was an actual physical creation and not just some cgi thrown into a scene I fell in love.  Then I saw a spoiler picture of an X-Wing that wasn’t in the trailer.  That picture cemented it for me; I need to see that thing in action.  I don’t want to post spoilers here, but damn that thing is so pretty.  I want to lick it and claim it as my own.  Anyway, there will be a lot of Star Wars talk coming up in the upcoming months and I’m really looking forward to it.

Today’s images were provided by Carlos Cabaleiro and are all currently available up on the ebay’s.  Check them all out by clicking HERE.
Posted by Ken O at 9:24 AM No comments:

Sometimes you have to let the video speak for itself.  www.puddlespityparty.com

Dragon Age Inquisition's newest DLC was released yesterday.  The Descent sends the Inquisitor and crew into the Deep Roads and has them facing off with Darkspawn.  The expansion is very combat heavy but starts dropping some pretty big lore changes/hints when it comes to Dwarven history.  If you're heavily into Dragon Age's Lore you already know Inquisition threw some pretty big bombs at the player, this continues that trend.


I'm happy to see that the Dwarves are getting more time to shine this time around.  Inquisition didn't really spend much time with what is happening with Orzammar.  I realize their information shows that Dwarves are one of the least played races but I still really dig them.  Harding and Dagna were two of my favorite people to talk to in Inquisition.
Posted by Ken O at 12:03 PM No comments:

Glove and Boots is one of my favorite YouTube channels.  That says a lot considering I'm usually happier watching YouTube than I am watching actual television.  I could seriously update the blog here every time they upload a new video.  The most recent video is really in our wheelhouse though, because it is talking Ghostbusters.  Really it's talking about the fact that there are two new Ghostbuster movies being made; one with an all male cast and one with an all female cast.


Personally I think they should just re-release the original in theaters and call it a day.  I might own it on BluRay but I'd happily go see it in a theater again.  I'd also accept a passing of the torch movie with a mixed cast.  Why do they have to be all men or all women?  That part seems really strange to me.  Anyway check out Glove and Boots' ideas for alternate Ghostbuster movies.