It's April Fool's Day so expect tons of fake articles all over the internet.  ThinkGeek has made it a yearly tradition to post fake products.  Some of them are such good ideas that they eventually become real items.  I feel like they've taken the joke and turned it into a strange product testing.  They take some slightly humorous ideas and make a few mockups.  If the internet reacts then they can try to actually create the product. I mean who doesn't want a giant Nerf rocket that launches Nerf darts? 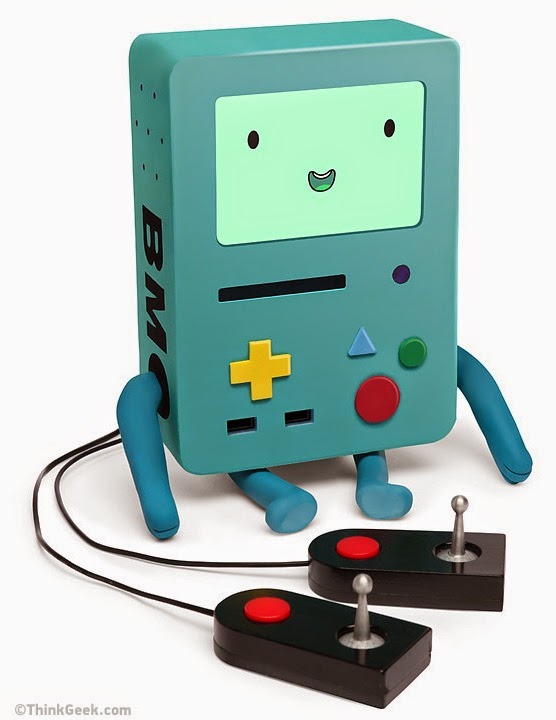 Or BMO?  Everybody wants BMO.

Just make that shit already Think Geek, you know everyone is going to want it.
Posted by Ken O at 7:52 AM

Email ThisBlogThis!Share to TwitterShare to FacebookShare to Pinterest
Labels: Holiday