I really do love it when news releases make it seem like I had a theme in mind when I started this week’s updates.  Yesterday we talked about Lego releasing a Ghostbusters set.  Lego isn’t the only company that enjoys the feeling of a good bustin’; Funko is getting in on the act and producing Ghostbusers in their Pop! Movies line. 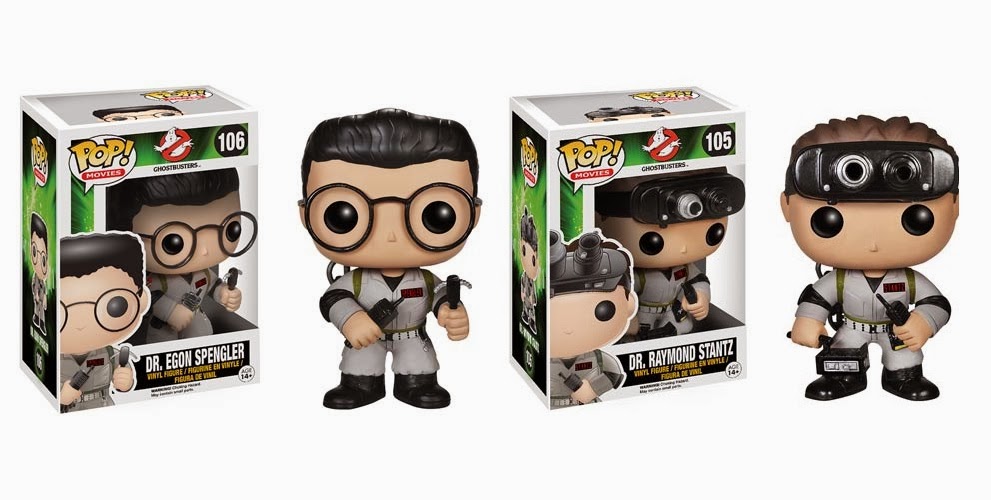 The initial lineup is going to consist of Peter, Ray, Egon, Slimer, and the Stay Puft Marshmallow Man.  I really like that they included Slimer and Stay Puft but there is a pretty big omission in that list.  I can only imagine that there is going to be a second wave of Ghostbusters line because the lineup doesn’t feel complete without seeing Winston in it. 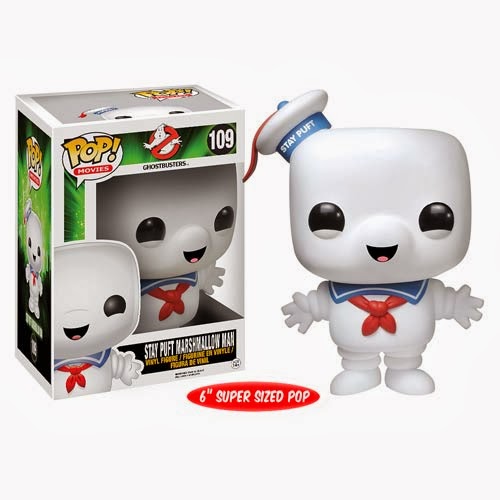 The other thing to point out is that Stay Puft is six inchers rather than the normal Pop! Vinyl size.  So if you have everyone displayed together good old Stay Puft will tower over the others.  Random fact, I almost couldn’t beat the Stay Puft level in the Ghostbusters video game.  I felt bad seeing the lines of burnt marshmallow streak across his face. 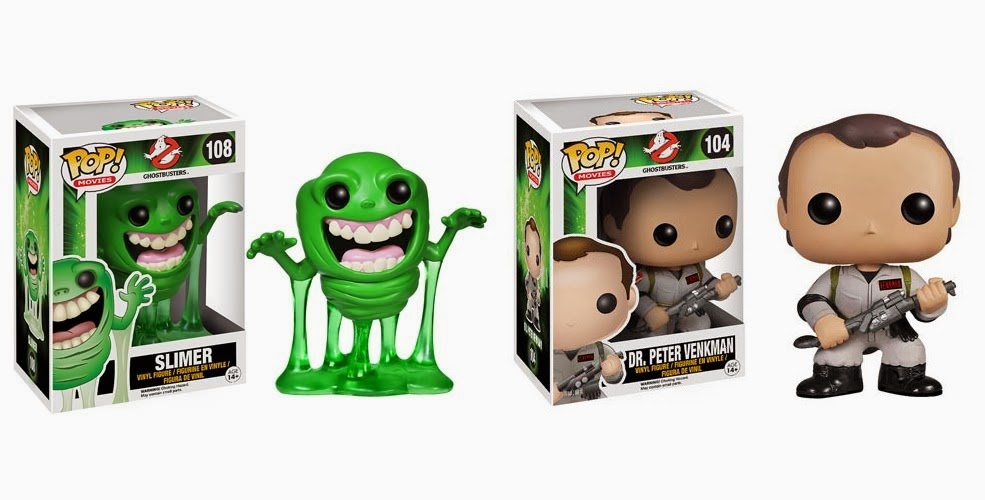 The Slimer figure is my favorite of the line.  He is such a departure from their normal sculpt, but he fits in seamlessly.  I'd also like to see a slimed version of Peter, I think he and Slimer would make a good set.  Funko has recently done dire wolves for the Game of Thrones line, so I’m hoping that we’ll see Devil Dogs when Winston’s wave is released.  Who knows what could come after that; Lewis?  Janine?  Samhain? Kylie?
Posted by Ken O at 8:18 AM