It’s Thanksgiving week and I know many people will be off a good portion of it. The blog will only be taking Thursday off. Since I’ll be with family Wednesday night I still might be hung over but I won’t be able post about it. I spent my Saturday at an Irish Festival so beer has been on my mind all weekend. Which is why I was happy to check out the premire of Brew Masters on Discovery. 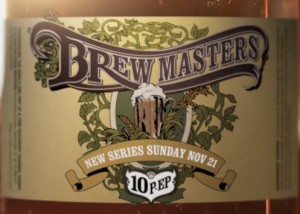 It wasn’t that long ago I was telling you to pick up Dogfish Head’s Punkin Ale and now they have their own television show. Not that I think I have anything to do with it, I mean a two week turn around for a new show would be something worth writing about. Anyway, I enjoyed the show. It is about Dogfish Head owner Sam Calagione looking for new ingredients for his beer. The first episode centered on trying to create a beer to coincide the re-release of Miles Davis’ album Bitches Brew. Next week has something to do with chewed up corn. 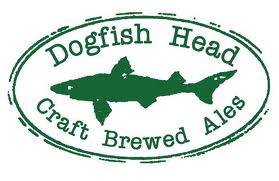 I enjoyed the show a lot. I really wish I had a six pack of the Bitches Brew to taste while watching the show; I had to settle for what I had in the fridge. The brewing process was interesting to me, as was the beer history they were throwing out. That being said, I am worried for the show. Sam is well known in the beer community but already reviews are calling him a little too nice or bland. What is more important to me is that I hope it branches out to other craft brewers. I like Dogfish Head and like the idea of them getting publicity, but I don’t want the show to be an hour long infomercial for their beer. 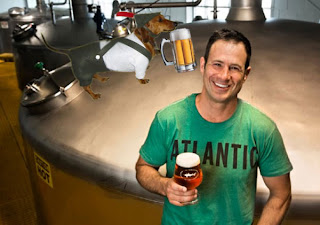 The last concern I have is the largest and I don’t think the show will last more then a season because of it. Beer brewing isn’t a very visual thing. Here is a big tank, now here is a smaller tank. Not the most riveting thing to watch. This was only the first episode though. Maybe it will take an episode or two to really get kicken. Regardless, I already set the DVR to record the rest. Check it out for yourself and if you’ve seen it, let me know what you think.
Posted by Ken O at 8:51 AM