We’ve been neglecting something very important here at That F’ing Monkey and that is about to change starting today. It is now, officially Hockey Week!! Both Brandon and I are huge hockey nerds, the extent of which will become pretty apparent as this week goes on. While Hangover Thursday might be a bit hard to fit into the theme, Flash Friday will totally be about Flash and Hockey. So to get everyone excited about dropping the puck, today we get to look at a few great hockey songs! 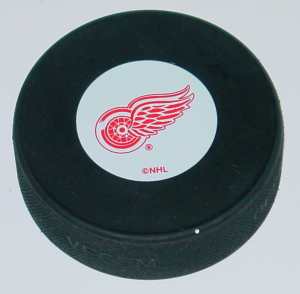 There are a bunch of videos posted, so check them out after the jump.

If you’ve ever lived in Canada or lived close enough to intercept their transmissions, you know that their hockey coverage shames ours. While our commentary has been stepped up, I’ll always switch to a Canadian broadcast. Hockey Night in Canada’s theme is like an anthem to fans. Below is the much beloved original.


I talked about Warren Zevon last week. He has one of the best hockey songs every written, Hit Somebody-The Hockey Song. About a player who just wanted to put the puck in the net but people only wanted to see him drop the gloves. Seriously my favorite of the ones I’m going to list.


Every song the Zambonis sing is about hockey and all of them are great. I Wanna Drive the Zamboni is the most famous, but really it is worth checking all of them. Davey Hattrick and Breakaway are some of my personal favorites. The video below is for Away Game.


Time to Go from the Dropkick Murphys. Go, go Black and Gold!! I’m not a Bruins fan but this song just gets me pumped.


Because I was born and bred a Wings fan, I had to add something for them. Their DJ plays different songs depending on who scores and there isn’t an official song that I know of. But…listen to the crowd reaction the next time this one comes on during a game:

That’s just an example of some of my favorites. I know most teams have some kind of goal song, too many to link to in one post. And I won’t repeat what I’ve already said about Chelsea Dagger….
Posted by Ken O at 8:45 AM