It’s Thursday, how is your head? Mine is actually doing pretty well. I don’t know how because last night was all about the beer. I managed to take out beers 96-101, so it won’t be long you’ll be seeing a picture of my mug. Also since I’m getting very close to ending my beer list, you’re going to see a lot of strange beers lumped together. My strategy to drink beers that are similar is pretty impossible as I pick off all the beers I had skipped earlier. But hey, I’ve past the 100 mark, that has to count for something. 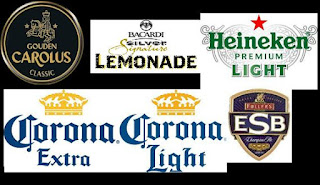 What were the beers I drank? They were Gouden Carolus, Bacardi Silver Lemonade, Corona, Corona Light, Heineken Light, and Fullers ESB. I told you that it was getting random. Also I want to point out a few things about Gouden Carolus. First, it is a damn fine beer. It isn’t the new love of my life, but it is very tasty. The other thing is that the bottle is fricken huge; 750mls or .75 liters. I was not expecting that. Not sure how Heineken Light ended up on my list again.  Checking things off in a dark bar while drunk probably isn't the most accurate process in the world. 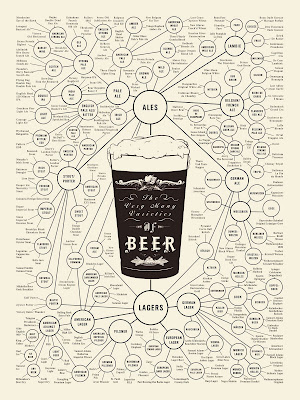 Oh yeah, also there is the image right above. Click on it to get the bigger version, then come back here.  How cool is that? Go to http://popchartlab.com/ and buy one for 25 bucks. It’s a lithograph too, which makes it art.
Posted by Ken O at 8:52 AM