For the past two weeks I’ve been watching the steady stream of information coming out about Capcom’s new game Dragon’s Dogma and what was a mild interest a few months ago has turned into a burning obsession. I’m so excited for the new franchise that I’ve already gone ahead and put my preorder in. I know what you’re thinking; it looks like any other open world fantasy RPG. 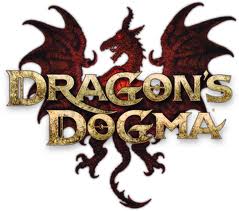 You play the Arisen a character that literally has his heart ripped out by a dragon and somehow gains powers from it. While the game may surprise me here, I’m not all that interested in the story. After you create your character you are introduced to Pawns. Pawns look like humans, but are actually soul-less creatures that will server those with enough power. You create your main Pawn; it is pretty much creating your own sidekick. After that you can hire 2 other Pawns to help you in your fights. You can even hire your friend’s Pawns and send them back with knowledge on how to kill the monsters you faced while using him. 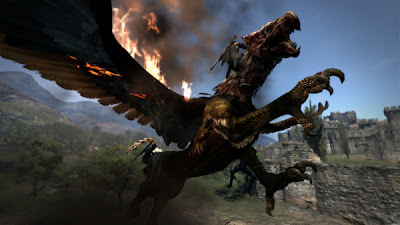 The Pawn system looks amazing, but so does the grapple system. Why stand at a Cyclops’s foot and slash at his ankles when you can climb up his back and start stabbing him directly in the eye? There is a whole stamina system to climbing enemies, but it looks incredible. The sheer size of monsters like the Cyclops or the Hydras makes the game look intense. There is even a day/night cycle, where it is very important to be carrying light sources if you’re outside the town when the sun starts to set. 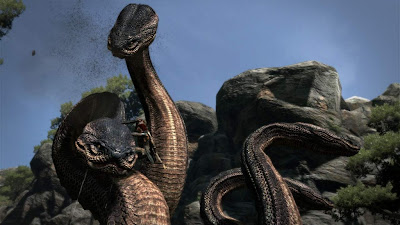 The game uses job classes and it looks like you’ll be able to change jobs often. When you do change, you’ll be able to keep some of the skills you’ve learned from past jobs. This will really let you customize what abilities you want to use. The starting classes are Fighter, Mage, and Strider. Those can advance into Warrior, Sorcerer, and Ranger. Finally there are hybrid classes like Mystic Warrior, Mystic Archer, and Assassin.

Dragon’s Dogma comes out on May 22nd.