This weekend I was finally able to pick up some comics. Among my purchases were some of the new Marvel Now books. The Marvel Now initiative is a bit of a soft reset on the Marvel Universe not quite as drastic as the New 52 over at DC. One of the books was the new Uncanny Avengers by Rick Remender and John Cassaday. It flows directly out of the A vs. X mega event of last summer. The problem was I had not read A vs. X. I needed a primer on the story. Welp, there's an app for that.

The Marvel Augmented Reality App for your smart phone. 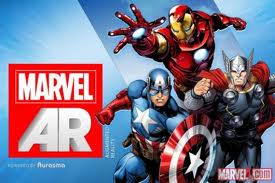 With the AR app you aim your camera at any cover or page that has the AR symbol on it and it gives you a little video that applies to that page. 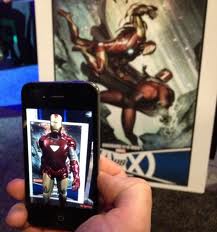 On the Uncanny Avengers cover, it gives you a quick run down of what happened in the A vs. X story line that pertains to the story you are about to read.

It might currently be a bit of a misnomer with the "augmented reality" as so far it just gives a bit of backstory or a speech by Wolvierine. However it is a pretty cool app. Plus it is free, so if you read Marvel books it is worth the download.