I think one of the things that gives geeks a bad name is that nerd rage when one of the properties that we love is brought into another medium. We hold so tightly onto continuity that any changes send comic fans running to forums and screaming how the film adaption raped their childhood. We need to learn to loosen up a little bit. No movie is so bad that it ruins the memory of something you love. It doesn’t go into your room and burn all your old comics so that you can’t read them anymore.

Jonah Hex is coming out later this month and I’ll be there opening weekend. Am I expecting my vision of Jonah Hex? No, the horse mounted Gatling guns and crossbow thingie have proved to me this is a different interpretation then I’m used to. But I’m going to try to be open-minded and see if I can enjoy something from this version.
Lets be honest there have been different versions of Jonah Hex even in the comics. After he appeared in Crisis on Infinite Earths (1985) he was sent into a post-apocalyptic future for the comic Hex. When he returned to the old west it was in the Vertigo books written by the great Joe Lansdale. There he found a mix of strange and supernatural. It wasn’t until 2005 when Justin Gray and Jimmy Palmiotti launched the excellent Jonah Hex ongoing that he was returned to the grim and gritty western roots.

Jonah isn’t a stranger to the small screen. His first appearance was on Batman the Animated Series. Voiced by Bill McKinney, the episode was almost entirely made up of flashbacks as a white haired Johan Hex hunted Ra’s al Ghul’s son. I remember being blown away by Hex’s appearance but it is a strange episode for Batman, since it contains so little of the Dark Knight. 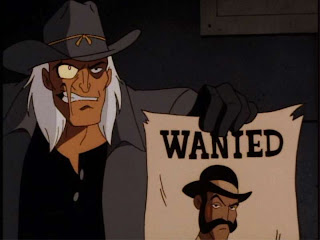 Then in the Justice League Unlimited episode, The Once and Future Thing Part 1 Jonah appeared with a handful of DC’s other western characters. After seeing the Justice Leaguers he immediately calls them out as being time travelers, saying he’s lead an interesting life. Not only is he bad ass in this episode, he’s voiced by Adam Baldwin, who would have been my choice to play a live action Jonah. 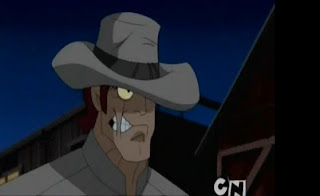 Jonah has showed up on two episodes of the new Batman: The Brave and the Bold cartoon. First in one of the mini intro stories and then again in a full episode later that season. The longer appearance is called Duel of the Double Crossers where Batman and Hex happen to end up on Mongol’s Warworld. Hex is voiced by Phil Harris in this one but the coolest bit of it is that the episode ends with Hex riding off into the sunset with Lashina. Sure it makes the comic purest in me cringe, but hey Lashina has always been a favorite of mine so I guess I make excuses for it. 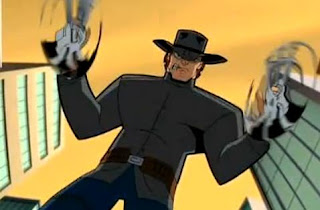 While I haven’t seen it, Under the Red Hood is also shipping with DC Showcase: Jonah Hex. Supposedly based off of Justin Gray and Jimmy Palmiotti’s stories it is written by Joe Lansdale and voiced by Thomas Jane. Truthfully, I have higher hopes for this then the Hex movie and Under the Red Hood combined. Especially after Steve Niles did the incredible job on DC Showcase: The Spectre. 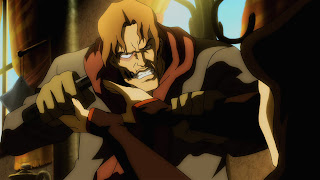 I guess what I’m saying is: on the 18th, unclench a little, grab some popcorn, and give Jonah Hex a shot. That’s what I’ll be doing.
Posted by Ken O at 9:20 AM