Flash Friday: Wings at the Speed of Sound

I’m switching things up a little for this Flash Friday. I’ve gotten into the rut of just showing off things in my collection. Today I’m wanted to bring up one of the untold problems with being a Flash fan. It all comes down to those damn wings. What am I talking about? 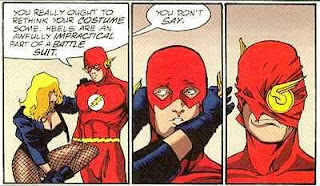 I moved in April. Moving is never fun, especially when you have a large number of breakables. Most of my statues I could carefully wrap up and load up into a box. As long as I didn’t throw the box around, I was reasonably sure that everything would come back out intact. Not so with the Flash statues. A number of them were driven to their new home with my wife hold then on her lap. You guessed it, it all had to do with the wings. 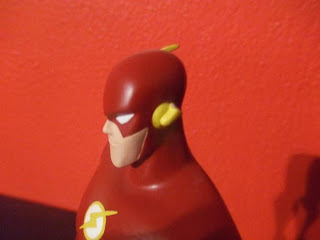 Those tiny, delicate pieces look so good in comics can be such a pain in real life. My animated maquette snapped a wing off a few years ago. I actually have the piece; I just haven’t super glued it back together yet for some unknown reason. I think I’m afraid I could somehow mess it up even worse. 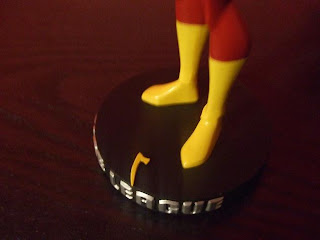 During this move I discovered my 13 inch Flash had a crack on one of his wings. This is even more distressing because I found it before any actual moving was done. The figure comes with a stand; he’d be standing in the same running pose ever since I first unpacked him. He’d never fallen over, so that could only mean the cracks were there all along and I just never noticed them before. 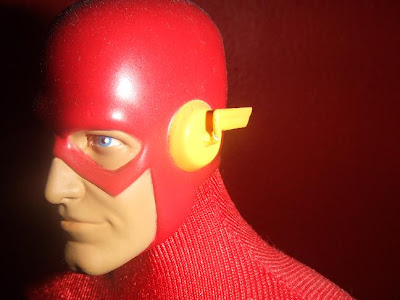 I’m sure Bat fans have problems with the pointy ears. Lots of collectors probably have cape issues. But at least for this Flash collector, wings are my private pain.
Posted by Ken O at 8:49 AM