It’s Hangover Thursday, how’s your head? I did all my drinking early this week. I might still have an IV full of coffee plugged into my arm this morning, but that doesn’t have anything to do with having too much to drink. Sunday I was out at Epcot’s Food and Wine festival. Over the past few years the festival has started embracing the craft beer and you can find some interesting things there. 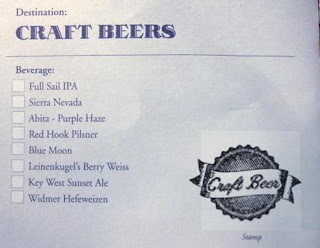 I’ll get this out of the way first. I don’t see Epcot’s Food and Wine festival as a good deal. It’s normal Epcot admission and then you end up paying around 4 dollars for every mouthful of food and around 5 or 6 dollars for every beer. If you can eat and drink a lot your total cost quickly skyrockets. I’d much rather take that money and go somewhere not crowded with tourists and get baked by the Florida sun. Your mileage may vary though. If you have a cheap way to get into the parks or something, it’s worth doing once. 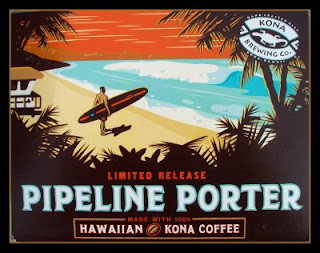 I drank a couple beers while I was there. I had a Guinness, a Radeberger Pilsner, a Red Hook Pilsner, a Sam Adams Chocolate Bock, and a Kona Pipeline Porter. I will say the beer selection improves every year. The bock and the porter were beers I had never tried before so I’m going to focus on them. The Sam Adams Chocolate Bock was a good beer. I’d order one again but it wasn’t something I’d go out of my way for. The Kona Pipeline Porter was fantastic. Maybe it was too hot and humid and the Kona was my first beer of the day.  Maybe I just really like coffee and beer together.  Either way, I could have drank that all day and been happy.