It finally happened, the Hockey Strike is ending. Everything is still tentative but it looks like January 19th will be the start of a 48 game season. I’ve been complaining since the start of the lockout but now that it is over I’m feeling…nothing. I want to see great hockey, I want to see my favorite team make another run for the cup, but something about the strike has killed my excitement. 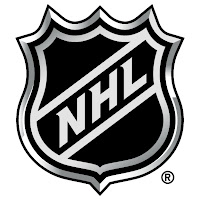 I’ve called myself a hypocrite before, so it is very possible that as we move into the playoffs I’ll be a rabid hockey fan again. It could still be an exciting season. We’ve already lost the All-Star game and the Winter Classic though. At this point I rather spend 3 hours on Xbox then to even bother watching a game right now. Prove me wrong NHL. Win us fans back. Please.