The Ballad of Kid Largo: The Outland

We’ve run 15 Ballad of Kid Largo strips and I’ve asked the readers to blindly accept a lot of things. What’s with the robots, what’s with the Lincolns, why are there talking animal people? This month I’ll be sharing some of the world building details that I’ve come up with since I started writing the strips. 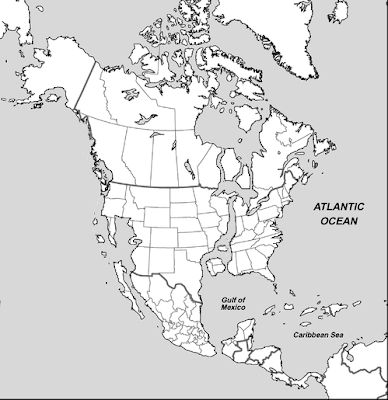 The map above is the Outland. Outside of the cities, the landscape gets pretty bleak. So while I’m calling the whole setting the Outland, its inhabitants call the areas outside the cities the Outlands. The current Kid Largo strips are taking place in Gibson City. While I haven’t added it to the map, Gibson is located roughly where Atlanta is. There are many other government borders, cities, and kingdoms to be added to this map, but since those are still being formed I’m still keeping that version secret.

The map itself has some research behind it. I mixed a number of different maps until I got the results I wanted. Volcanoes, flooding, earthquakes, nuclear strikes, and a few other things were all taken into consideration. I’m not saying any of those things are why map looks like this. I honestly do have a reason for the “great disaster” but I like it better as a mystery. Anyway, I hope you liked the first small look at the Outland. There will be more to come.