Toy Fair is always an exciting time for collectors.  What new lines are coming out?  Will your favorite series get any new updates?  Can you expect anything cool besides countless repaints?  Obviously things like Star Wars, Marvel, DC, and Transformers have a huge showing each year.  This weekend pictures emerged that had me doing a happy dance in my living room. 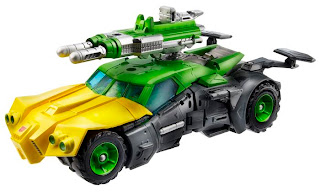 Back in June of 2010 I did a countdown of my top five favorite Transformers.  That list would be a little different now because Transformers introduced the amazing character Lockdown, but my favorite bot has not changed.  Since the original Transformers movies hit the movie theaters, I’ve been a Springer fan.  When it came to the cartoons and comics, Springer was the coolest.  In the toy department, Springer wasn’t all the great. 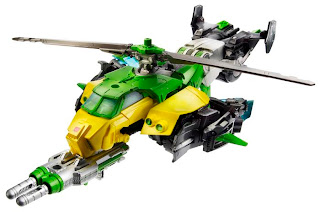 His original toy was okay, if you ignored his floppy sword and tiny arms.  Then there wasn’t anything for a good long while.  The first new Springer figure was a 2007 convention exclusive.  He was a redecoed Hot Shot figure and only was able to transform into an armored security vehicle.  A year later we got a Target exclusive that was a redeco of the helicopter Evac.  It was a pretty good figure, but I still wanted a Springer who was a triple changer. 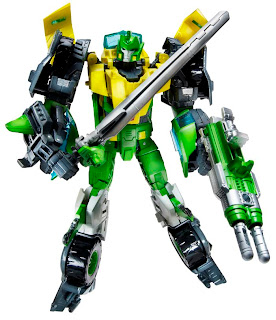 Finally Fans Project created a third party figure called Warbot defender.  It was Springer.  He changed into a helicopter and a car.  His robot looked bad ass.  It was perfect.  It wasn’t a cheap figure but since I didn’t think I’d ever actually get what I wanted from the official Transformers line I happily bought him.  Now let’s talk about this year’s Toy Fair.  Holy crap look at the pictures in this article!  It’s perfect.  Other people are flipping out over a new Metroplex figure, but this has me over the moon.  I almost want three so I can display him in each form.
Posted by Ken O at 11:21 AM