Ever look back at something and think about how much money you could have saved by waiting an extra week, month, or year? My Jonah Hex figure was probably purchased for twice the price at a con because I wanted Jimmy Palmotti to sign it. That was well worth it, but today we’re talking Dragon Age. 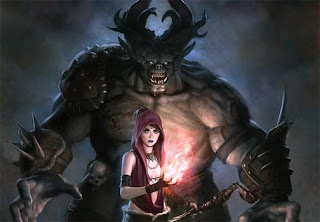 BioWare has my number and I jump like a hopeless fanboy for what ever scraps they throw out. I pre-ordered for extras. I jumped into their browser game for even more in-game riches. I picked up novels so I could learn about the world. The game launched and I loved it. I slew Darkspawn by the hundreds, fell in love with a dark witch everyone seems to hate, and managed to save all of Ferelden. The game ended and I jumped right back in to try another character. Again and again. 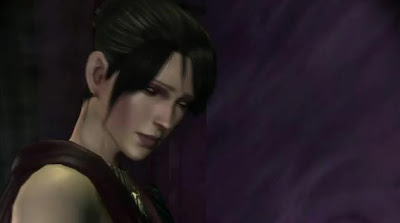 Again I was their fish and they didn’t even need to bait the hook. The DLC came and I grabbed it. The Awakening expansion came and I grabbed that too. While there are a couple things I didn’t download, I have the vast majority of it. Which is why now when I look at the new game releases coming out, my wallet and I hold each other and cry.Dragon Age Ultimate Edition is about to hit the store shelves. It include Origins, Awakening, The Stone Prisoner, Warden's Keep, Return to Ostagar, Feast day Gifts, The Darkspawn Chronicles, Feast day Pranks, Leliana's Song, The Golems of Amgarrak, and Witch Hunt.
It costs 60 bucks, the same as just Dragon Age Origins did. 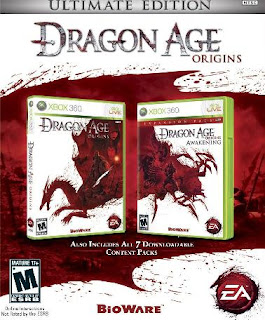 If you like RPGs and you’ve never played Dragon Age this is a ridiculous deal. My wallet may wish I had waited, but I don’t regret picking it up on launch day. It has given me hours and hours of enjoyment. Actually I just started another play through because I hadn’t played Witch Hunt yet. As further proof that I am impatient and a whore for BioWare; I have to go preorder the Dragon Age 2 Signature edition today when I get off of work. All preorders placed before January 11 will get an extra playable character, new missions, soundtrack, and digital armory. 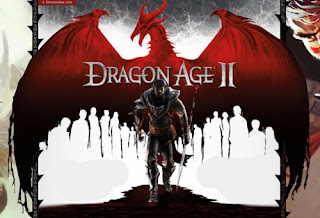