It’s Flash Friday and today I have a pretty important piece of my flash collection to talk about. In all honestly it isn’t a very impressive piece at first glance. During the Justice League cartoon they sold some 12 inch maquettes. After that they used the sculpts for the first run of action figures. After that they used them for 12 inch action figures and 2.75 inch die cast figures. Today I’ll be taking specifically about the die cast figure. 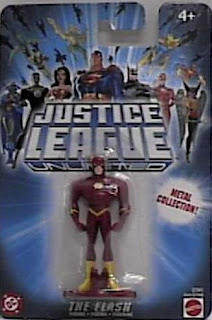 I need to veer off subject for a moment for all of this to make sense, but it’ll eventually get Flash related I promise. Just a few years ago I was up in the Chicago area for my wedding. It was early January, and amazingly not covered with snow. Being a fairly large wedding and since I was the groom; I went where I was told and tried to stay out of the way. Still it was a dizzying amount of frantic confusion.
I wasn’t nervous, but it was a surreal experience. Also the odd joke everyone likes to make to the groom about their freedom ending is very odd. Only one more day of freedom, you still have a chance to run, etc… I heard it lots and it never really made sense. So the day finally comes and I’m getting dressed with my groomsmen. My buddy Nick, who I’ve know since 6th grade so 20+ years, walks up to me and says something along the lines of, “Hey man put this in your pocket and if you get nervous you’ll know it is in there.” What was it? A die cast 2.75 inch Flash figure. 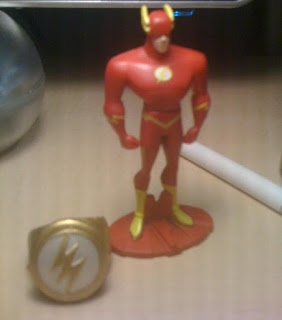 So as I was standing in front of my family and my soon to become family, I had the Flash in my pocket. The little guy is obviously pretty important to me now. The blog will be taking a week off starting next Wednesday. I’ll be going up to Pittsburgh for my friend Eric’s wedding. I’ll be enjoying some Primanti Bros sandwiches as often as I can and trying to walk that fine line of drunk between charming and ass.

Oh and last Sunday when I saw Eric I had a little present for him. 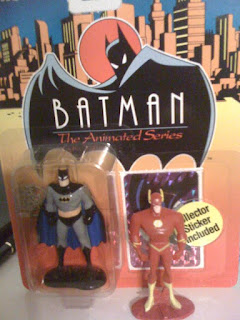