Stephen J. Cannell past away on September 30th. His name is probably not one you recognize, his face is. It was at the end of so many of my favorite television shows, hammering away at the keyboard and then throwing the paper onto a stack to form a letter C. I didn’t know the man, but the show he wrote for and helped create are part of my life. 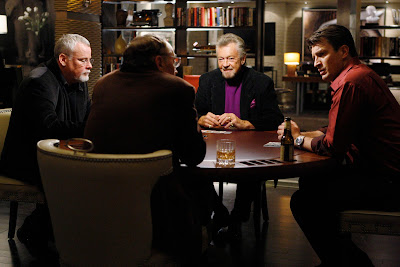 He was the creator of the Greatest American Hero, the A-Team, Wiseguy, 21 Jump Street, Booker, and many others. Later I’d learn to appreciate Jim Rockford and his writing on Black Sheep Squadron. The last time I was aware of what he was doing was the cameos on Castle, where he was part of Castle’s regular poker night with other authors.

He was dyslexic, but managed to write numerous books and scripts. I feel bad having never picked up one of his novels considering how many of his shows I’ve loved. It is something I’m going to have to remedy. If anyone has a book to recommend I’d start with that one. Mr. Cannell, you will be missed.

Really, there is no other way to end this post, then with this: