There won’t be a Flash Friday today. I woke up this morning to news that Cory Smoot, aka Flattus Maximus is dead. He was found on Gwar’s tour bus Thursday after a concert in Minneapolis. Apparently there is supposed to some sort of announcement today that will give a little more information. I feel sick. 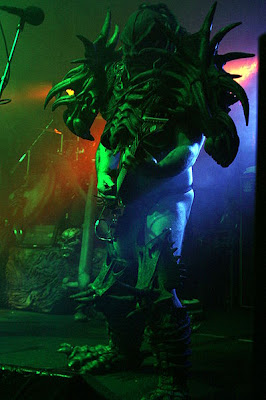 I discovered Gwar my freshman year of high school when they released the album Scumdogs of the Universe. I’ve been to more Gwar concerts than any other band that I’ve seen. The character of Flattus is the Cro-Magnon alien; known for his red face, dreadlocks, and dinosaur shoulder pads. Seriously, our condolences go out to his friends and family. 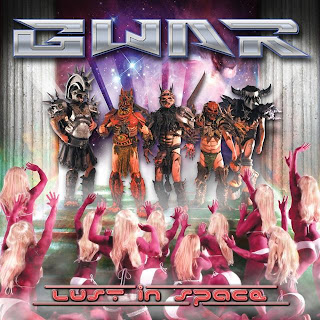 Now a lot of the faces behind the masks have changed, especially under the Flattus and Beefcake masks. Cory had been playing with Gwar since 2002. It’s worth noting that Cory was part of Gwar’s current sound, which definitely got heavier than their earlier work. His first recorded album that he played on was War Party. 2009’s Lust in Space is also worth mentioning, because Cory wrote the song "Release the Flies" and played all the instruments on the song.