Happy Flash Friday everyone! Before we get started due to last week’s delay, there was a Hangover/Flash Saturday last week. You can read that HERE if you missed it. I have to make a confession about this week’s Flash Friday. I have no idea what I’m doing anymore. Like the protagonist in a Lovecraft story I think my sanity may be quickly slipping away from me. I only hope that by reading these words that you don’t start down the same path that I did. 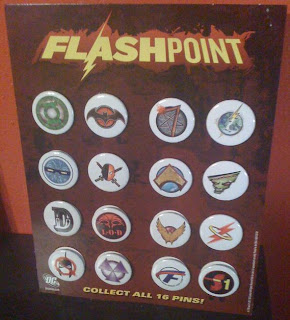 I purchased the subject for today’s Flash Friday about a month ago and have been meaning to write about it since then. It was the same week I wrote about the Squatz. If you remember on that article I talked about how I wasn’t particularly thrilled with the look of Squatz and wasn’t going to spend even 8 dollars on them. And yet just days before that I bought a cardboard display and a full set of pins for the Flashpoint event; an event I was overall pretty disappointed (there were some exceptions). I won’t say what I paid for it, but considering it came with all the pins I think I got a pretty good deal. It was more then 8 dollars. 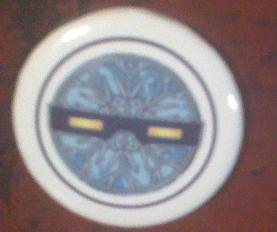 I had asked my local shop if I could buy it off them when Flashpoint was finished. It was before the first issue had even come out yet, so I was still naive about what was to come. I won’t say I was disappointed by the main Flashpoint story; I was more bored by it. No reaction might be worse than a positive or negative one. The problem was I had already committed to buy it. I suppose I could have backed out and let the store try to sell it to someone else, but I didn’t feel right about that. 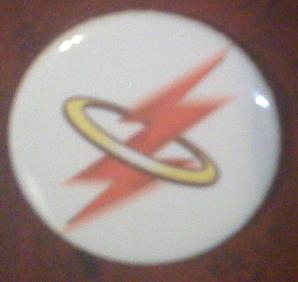 So despite my feelings on the series I have the pin display on my shelf. Had I liked the series more I might have framed it. Right now it sits with the rest of my Flash collection, a trophy of mediocrity amongst all my favorite Flash stuff.
Posted by Ken O at 12:04 PM