The Muppets and Ken O.

The new Muppet Movie is coming out next week. When the news first broke, I was very worried. As more and more details emerged I was skeptical, but I was starting to get excited. Then the parody trailers came out. I didn’t want to get my hopes up, but I really wanted to see the new movie. There is still a part of me that thinks the movie is going to be horrible, but it is the most excited I’ve been to see a movie in a long time. So what is the big deal about the Muppets anyway? Why do we keep bringing up Muppets on That F’ing Monkey? 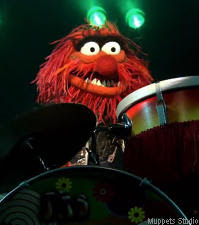 The Muppet show premiered a month after I was born, so obviously I wasn’t watching it then. The series did run for 5 years though. I definitely grew up watching it. Those episodes stuck with me and while I didn’t realize it till later in life, they were teaching me important things that I still take with me. Animal was my favorite. There was no competition. I had an Animal puppet (I still have it actually) that I carried everywhere for a little while. Gonzo was next. After that it gets even more obscure, Uncle Deadly. He was the creepy looking Muppet who most remember from the Vincent Price episodes.  He fascinated me. 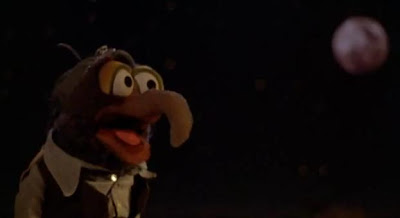 So as I got a little bit older, well I grew up strange. Most the people reading this probably felt the same way. Everyone is watching football and I’m thinking about monsters, T-Rex slap fights, and zeppelins. Although I found people with interests like my own, there were many times growing up that I wondered why I didn’t like the same things “normal” people did. Yeah, I was one of the weird kids in the back of the class. At some point in my early teens I came back to the Muppets. 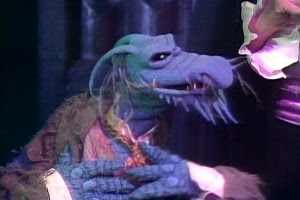 I think it was the first Muppet movie. That great big group of weirdoes were saying if it made you happy, it was okay if you want to spend your life throwing boomerang fish. I think it was Nickelodeon who started replaying the original Muppet show. So many of the songs they sang just reinforced that it was perfectly alright if you were different. I’m not saying all my confidence comes from the Muppets, but some of it does. So I get a bit excited when I see Muppets.  I get a bit choked up thinking about Jim Henson.  And I'll be seeing the new Muppet Movie at some point next weekend.
Posted by Ken O at 12:04 PM

Email ThisBlogThis!Share to TwitterShare to FacebookShare to Pinterest
Labels: Muppets