No Flash Friday this week, I realizeThat F’ing Monkey gets the most traffic on Fridays and this one is pretty important. On September 18th a book titled Life After Death was released. The book is written by Damien Echols. You may have heard about Damien, in 1994 he was one of the teenagers wrongly convicted for the murder of three boys in West Memphis Arkansas. The teens became known as the West Memphis Three. 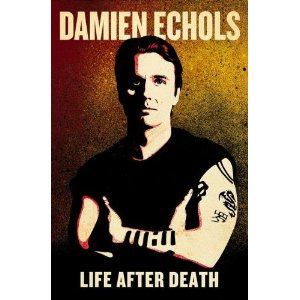 I first heard about the case the same way most people did, from the HBO documentary Paradise Lost: The Child Murders at Robin Hood Hills. I saw a lot of myself in the kids that we locked away for life. My teenage years were full of heavy metal music, black trench coats, and drawing pentagrams on everything. Had something like that happened where I lived, I could just as easily been in the same situation. I devoured the book The Devil’s Knot, wm3.org became a daily stop, and I bought all the merchandise that was going to support the legal funds. In 2011 the three entered an Alford plea. It doesn’t completely clear them from the crime, but it does gain them their freedom. After 18 years the West Memphis Three were out of jail. 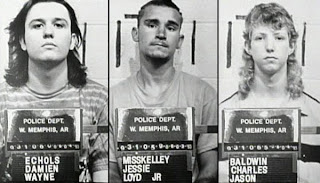 Damon’s new book doesn’t dwell on the case itself; there are plenty of places to get that information. It does deal with his childhood and his experiences within prison. Obviously there is a lot of dark things in this book. You can’t write about 18 years in prison and make it all happy, but there is a lot of hope in there too. With the story of his trial and his prison sentence behind him, I can’t wait to see what Damien comes up with next.

Email ThisBlogThis!Share to TwitterShare to FacebookShare to Pinterest
Labels: Books