The NHL wants to break my heart again this year. There is still no end in sight to the lockout. This is the third time the NHL has had a lockout since Gary Bettman became the NHL commissioner. I still hope there will be a quick solution and we don’t lose any of the actual season but it looks pretty grim. That doesn’t mean I won’t be watching hockey though. 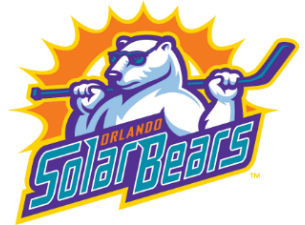 The ECHL Solar Bears will be playing in Orlando this year. I realize this is not major league hockey. As with all sports, there is a big difference between the play in a minor league game and a major league game. It doesn’t matter though, I love watching hockey live. I’m even happier when I can get a ticket for 20 bucks too. 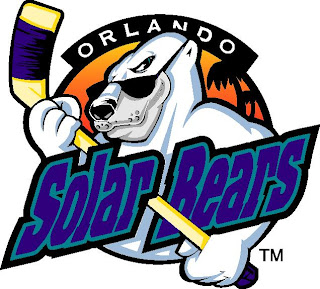 I already love my new team because they took the name of Orlando’s old IHL team. I still remember when the name Solar Bear was first announced. Too be honest I didn’t care for it much, but after six years of fantastic hockey I grew to love it. Now the Bears are back and I can’t wait until October to see them drop that puck.

Does anyone else have their Hockey backup planned out? What’s your favorite minor league hockey team? As a Wings fan I also have to state that I love watching some Grand Rapids Griffins.