Happy Flash Friday everyone! This is going to be a pretty short one today. I don’t have a lot to say about today’s subject, but I wanted to make sure I brought it to everyone’s attention. Today’s Flash Friday comes from an unlikely source, the new Angry Birds Space game. 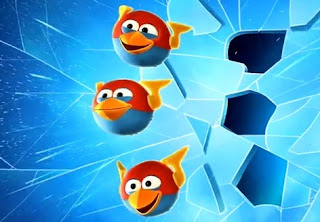 This is the new “space” look for the Blue Bird. As far as I can tell they are wearing red cowls with yellow wings on the side. That’s such a familiar look; I wonder where I’ve seen it before? I can’t believe that this isn’t intentional. If it would have just been the design, I wouldn’t have through much about it, but the color being a perfect Flash match is just too much of a coincidence. 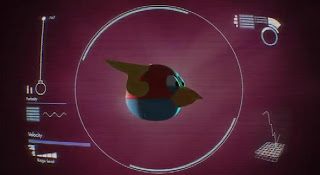 Sadly the special ability of the Blue Bird hasn’t changed with this new Flash-y look. Instead of super speed the Blue Bird still splits into three versions of itself. It would have been pretty cool if they could vibrate through things or create whirlwinds. Anyway, the new Angry Birds Space game came out yesterday, go check it out if you like flinging birds at pigs.
Posted by Ken O at 10:09 AM