It’s Hangover Thursday, how’s your head? I found my Southern Tier Mocha last night. It wasn’t on draft, but even still it was a fantastic beer. I’m also starting to get settled in to my new bar, they have an army of bartenders so it is taking a bit to get to know everyone. But they are happy to put hockey on one of the televisions for me, so it is all working out pretty well so far. 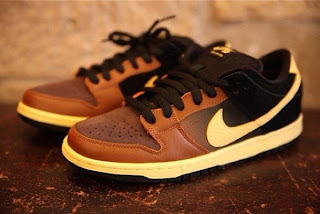 Nike is making headlines right now because of two shoes they are releasing for St. Patrick ’s Day. The high top is based on a pint of Guinness and the other shoe is based on a Black and Tan. The name is no big deal here, but that isn’t a friendly term in Ireland. The Black and Tan’s were a British paramilitary group known for their brutality in Ireland. Obviously the name isn’t going well over there. Nike should probably stop production of their unannounced Carbomb sneaker, that term isn’t liked very much either. 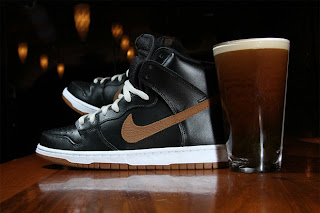 What is more surprising to me is that the Guinness themed sneaker is getting ignored. Nike is pretty much using the name of the beer to advertise their shoe, without actually being a licensed product. Guinness is very, very good at merchandising. They could sell a shoe with their harp and the Arthur Guinness signature; I have no doubt about that. Imagine what would happen if Nike made a shoe that was decorated red, blue, and had webbing on it. Then they advertise the shoe as the Spiderman…


Finally, Saturday is St. Patrick’s. Let me leave you with these things to remember. The bars are going to be full of people who only get drunk three times a year (St. Pat’s, Cinco De Mayo, New Years Eve), these people are only going out to get as bombed as possible. Please be careful. Don’t drink green beer. You’re better than that. Drink a good Irish beer if you want to drink something festive. And finally, drive safe everyone. There will be tons of drunks on the road, don’t be one of them.
Posted by Ken O at 11:09 AM