So I’ve been watching Firaxis’ game XCOM: Enemy Unknown closely since it was released. After playing three massive RPGs back to back to back, I needed a change of pace. While I had never played the games it was based on, a tactical turn based strategy game sounded perfect. I have to manage base construction, research projects, and global panic levels? I was already sold on it. I just didn’t want to pay full price. Luckily during all the Black Friday craziness, I was able to pick it up for 25 bucks. Please don’t think I was camping out or anything. I went to the Walmart at 7pm on Friday after I got off work myself. 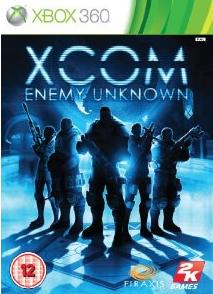 I’m not really reviewing the game today; there was something else about it I wanted to talk about. What I will say is an excellent game that will swallow all of your free time without you noticing. Playing one mission and then walking away is almost impossible, you want to play just one more. The game introduces some elements that are chosen randomly. Things like mission names, which map you’re on, and just about everything involving your soldiers. 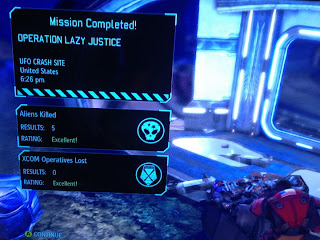 I expected I’d like the game, I had even watched a few people playing it on Youtube. What I didn’t expect is how invested I’d get in my soldiers. Let me explain a little how it works. You have 12 soldiers to start with; all of them are new recruits to XCOM. You can edit the first and last name of each of these soldiers, but they are already named for you. You can edit their appearances but the sex and home country can’t be edited. Once a soldier gets their first promotion they are get a specialty; assault, support, heavy, or sniper. You have no choice in which they move into. Two more promotions and the soldier is given a nickname, you can edit this too, but one is provided if you don’t want to change it.

These random factors come together to make pretty developed characters in my head. Major Esmeralda “Brick” Ramirez is a heavy weapons operator from Mexico. She’s been on every XCOM op I’ve commanded except for the two she missed while recovering in the hospital. I know “The Brick”, she’s a tough talking, cigar smoking, badass. Deep down she probably gets emotionally hurt a little too easy, which is why she surrounds herself with such bravado. Major Kellen “Rogue” Kennedy is our most highly trained combat medic. How does a medic get the nickname Rogue? He’s a Kennedy and from Ireland, his story is right in the details.

That’s just two of the characters on my team. I probably think too much about it, but it has heightened my playing experience. I’m not sending a faceless minion to check that alleyway; I’m sending my assault specialist "Twitch". I’m relieved when the alien blasters beams go harmlessly past her, because I want her to survive the mission. I mean Major Kennedy would be devastated if we lost her, I’m pretty sure they’re sleeping together.