Flash Friday: What Would You Accept?

Happy Flash Friday everyone! I may have been vocal in the past about wanting DC back the way I liked it, but I will admit that I am enjoying the new Flash series. Of course I would be much happier if Wally West was back, but that idea brings up a number of questions. How exactly could you fit Wally back into the new DC? 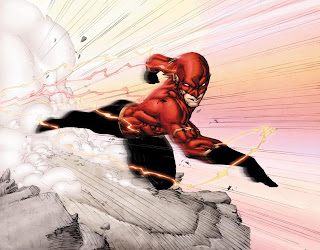 The first hurdle we’d have to jump is the age issue. Barry and Iris are younger now. Okay, so Iris really wasn’t looking “older” in the series right before Flashpoint either, but the point still stands. Not only are Barry and Iris younger, but Bart is around as a teen-ager. So if Barry is in his mid-20s and Bart is around 16, where does Wally fit into that picture? So if Iris is 25/26 do we put Wally at 20/21? 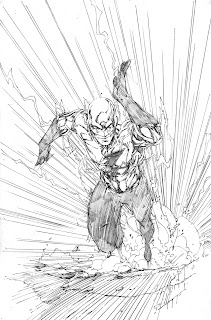 Let’s not forget no one can be married in the new 52. The twins never stood a chance did they? Especially with the de-ageing it seems very unlikely that one of the younger tier characters would be married with children. Would Wally go back to being a irresponsible womanizer? DC could make the decision that the Wally West the general public is familiar is the wise cracking Justice League Unlimited version. 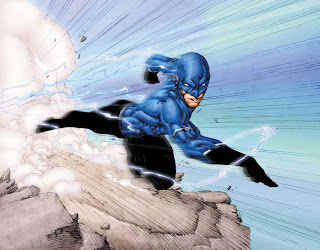 Now here is the biggest question. If DC does bring Wally back as a speedster, would you accept him with a different name? I don’t mean changing Wally’s name, I mean making Wally a hero other than the Flash. It is unlikely that Wally would have years of being a sidekick, so why not let him form his own identity? All the pictures I’m using for today’s entry are done by Brett Booth, as you can see in one of them he played with making Wally blue instead of red. If they promise not to use the Cobalt Blue name would you be okay with Wally in blue?

Obviously I have no control over the direction of DC comics, so any suggestions listed here are just me thinking out loud. What kind of changes are you will to allow in order to have Wally West back?
Posted by Ken O at 10:34 AM