Hangover Thursday takes a week off as we continue Starman week! It would be wrong to have a week dedicated to Starman and not mention the Shade. If you haven’t read the series yet that might sound like a strange thing to say. But James Robinson changed a generic villain into one of the most compelling characters in comics. He plays a major role in the Starman series and not just as a cackling criminal. He’s practically a co-star. 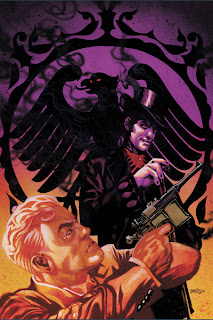 Shade moved up to full star for amini-series that came out during Starman’s run. All four of these issues are now in the Starman Omnibus that we talked about Monday. Currently there is a twelve issue Shade mini-series that is only a third of the way through. In fact I think issue number 4 comes out next week. Now I realize that sometimes coming back to a beloved series doesn’t always work. James Robinson has jumped right back into the feeling of the first series though; you’d never know they were written so long after the original end. 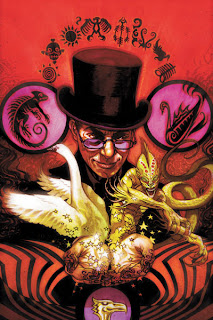 I’ve been talking about the writing, but the art is also amazing. Covers have been provided by Tony Harris, we’ve already established that I’m already a fan of his. The interior art for the first three issues were all done by Cully Hammer. Darwyn Cooke and J. Bone worked on the cover and interiors for issue number 4. Javier Pulido takes over art duties on issues 5 and 6. I can only speak for the Cully Hammer issues, since the others aren’t out yet. It’s good, so good that Cully Hammer has been added to my sketchbook wish list. 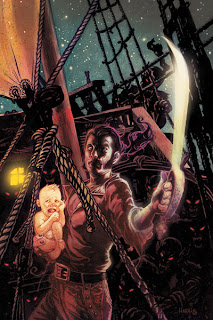 The last thing I want to mention is that James Robinson has tweeted that DC isn’t happy with the numbers this series is pulling. There is a danger that it may be cut short. If you’ve haven’t jumped onto this series yet, swing by your local shop and grab the first couple issues. You won’t be disappointed.
Posted by Ken O at 10:49 AM