Back in 2010 there was a large part of my life consumed by Mass Effect 2. One of the things I was excited about was DC Direct’s line of action figures. I waited, and waited, and waited. The line was delayed and when it finally did come out, it did so very quietly. Months later I finally found the Tali figure at a comic shop I stopped into while on vacation. 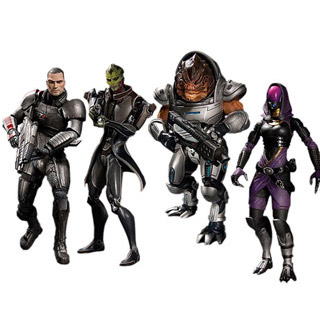 Well the line is back and no one should be surprised to hear that DC Direct is not involved this time. The company who has taken the Mass Effect reins it Big Fish Toys. They are re-releasing the first wave of figures and the second wave. The first wave is male Sheppard, Thane, Grunt, and Tali. The second wave is Garrus, Legion, Mordin, and Miranda. 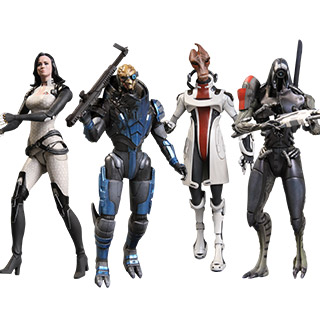 With Mass Effect 3’s release date getting closer and closer you have to wonder if Big Fish is already hard at work getting new lines of figures ready. Sadly, I never play with the default Sheppard, so the figure looks good, he just doesn’t look like Sheppard to me. Still, anyone who missed out on the figures the first time around should be happy.
Posted by Ken O at 2:08 PM