The King of Braves is Born, Part One

There are a lot of giant robot cartoons out there. Voltron, Transformers, and Robotech are probably the first ones that I remember seeing as a kid. Yes, yes I know the whole Macross/Robotech thing. It was Robotech when I first watched it, so let’s move past that. Even with all those robots, my all time favorite is one I discovered much later in life. The King of Braves GaoGaiGar was a Japanese cartoon that ran from 1997-1998 and was followed up with an OVA called The King of Braves GaoGaiGar FINAL. 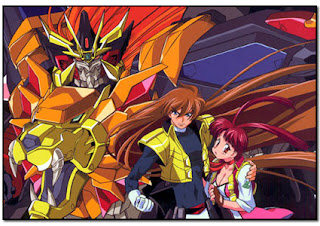 I’m doing something we haven’t done for a while here, a full weekend episode breakdown. So make sure you check back tomorrow for the conclusion of the episode. As you’re about to see, GaoGaiGar starts out strange and then builds from there. Over the 49 episodes things get really weird as the cast grows and grows. The amazing robot cast is best left for another article. Today we’re starting with the beginning.  Also this gets pretty long, so check out all the fun stuff after the break. 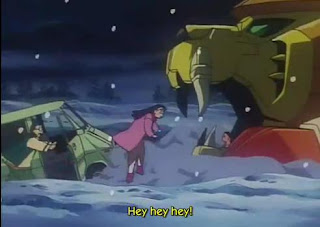 The episode opens with caption letting us know that this is happening eight years in the past. A couple is driving down a snowy road while the woman is wishing on a falling star that they’d have a child. Something comes streaking down from the sky causing them to be thrown from their car. In front of them is a giant robot lion which opens its mouth to reveal it is carrying a baby. Once they take the baby from the lion’s mouth it flies away. That is a baby that rides in style, Superman is jealous all he got was a rocket. 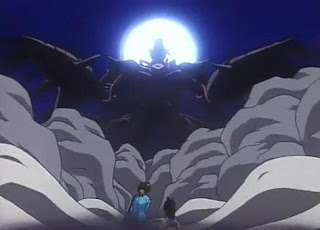 The episode then cuts to the amazing theme song and we’re back to present day. A school group has been taken to an island made of garbage as some sort of conservation field trip. The teacher informs them to “walk around but watch your step.” I love the idea that a school let a bunch of 8 year olds wander around a garbage dump mostly unsupervised. Mamoru (the now grown lion baby) finds a cave of television screens that crackle to life as he walks in. The villains that will be showing up later all flash on the screen and he runs out to find his teacher. A giant robot rises out of garbage dump, scaring everyone on Garbage Island. 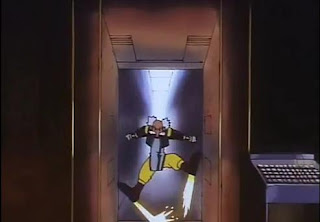 At the same time the giant robot rises from the refuse the robot lion from earlier is seen breaking free of some chains that had been restraining it. The lion has been named Galeon and it becoming active quickly alerts the members of the 3G. 3G is the Gutsy Geoid Guard a secret Japanese organization formed to combat alien threats who has a secret base under an artificial island in Tokyo Bay. As they are alerted we are briefly introduced to all the members of the GGG, from their president Taiga to the crazy jet roller-skate wearing scientist Leo. 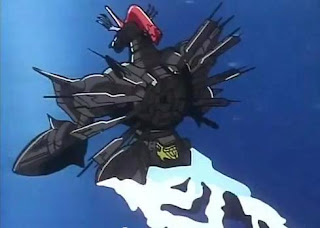 3G member and tactical advisor Geki is in a helicopter above Tokyo Bay and reports about the giant robot that seems to be absorbing all of the electronic garbage on the Garbage Island. Galeon is trying to break out of 3G headquarters so they surface the part of the base he is being held in. Yes, the underwater base is made up of multiple submarines. Finally released, Galeon flies off into the air. We see school kids are on a boat that has been partially absorbed by the robot and are pretty much hanging from its butt. 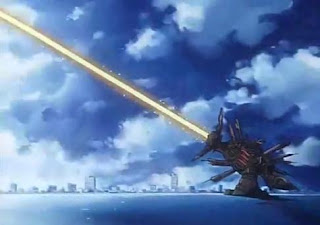 Defense Force jets fly towards the robot (named E1-02) but they are quickly destroyed by a microwave blast. The arm is actually made up of hundreds of old microwaves from the dump. Galeon comes streaking down from the sky but hits some kind of forcefield. The robot hits Galeon with another blast and freezes it (the freeze powers are due to the refrigerators and air conditions located in the other arm. The robot lion lands in the bay. One of the 3G members notices his little brother is one of the 5 children trapped on E1-02. At this point the team agrees to send in Guy.

So who is Guy? What’s up with Gaelon? Will the kids ever get off E1-02’s butt? You’ll have to come back tomorrow and check out the second part of The King of Braves is Born.
Posted by Ken O at 2:26 PM