With the Xbox 360’s ever changing dashboard and avatar system the old standbys of themes and gamer pics are becoming less and less important to the Xbox community. It used to be that you identified your friends by their tag and that little square picture they had chosen for themselves. Before the newest layout themes used to really change the way your background looked. Both of these items are still useful of course, but not as important as they used to be. 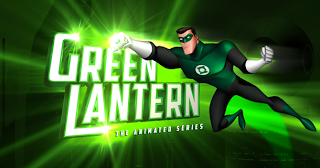 New themes and Gamer Pics are still being made though and the best part is that many of them are free. If you check out the Xbox Marketplace right now you will see a free theme and a free set of gamer pics to celebrate the Green Lantern Cartoon that starts this Saturday on Cartoon Network. While the Green Lantern pics are based on the cartoon, some of them are simple things like the GL symbol or the ring itself. Cool stuff. Free stuff. Download it if you’re a Green Lantern fan.
Posted by Ken O at 11:00 AM