Last week Games Workshop’s publishing arm, Black Library announced that the collected of edition of the Deff Skwadron comic is back in print. This is fantastic news since when I first read it, it was from someone’s online scans. Now that I can get a physical copy in my hands, I’ll be ordering it. What is Deff Skwadron? 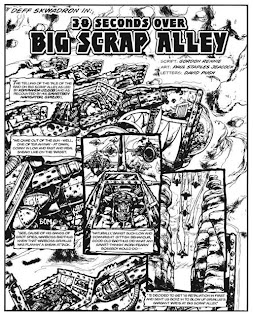 The comics are about an Ork air attack unit. They are lead by Kommanda Uzgo (Maverork) and narrated by his navigator Gimzod. The only other two squad members that get mention are Maverork’s second in command Raznuts (Da Goose) and Gorthunk (Killboy). Da Goose wants to take Maverork’s place and Killboy wants to rack up as many kills as possible, even if some of those are friendly fire. 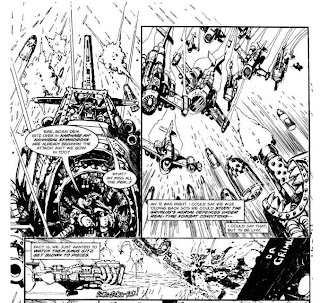 The comics were originally published in 2004 and were part of Warhammer Monthly. The art and storytelling are frantic. Everything happens fast with little downtime. It’s funny, very funny. By the time you get to the third story it is a little formulaic, but it doesn’t matter. Gordon Rennie and Paul Staples Jeacock put together a frantic story that is a blast to read even if you aren’t full caught up on Warhammer lore. 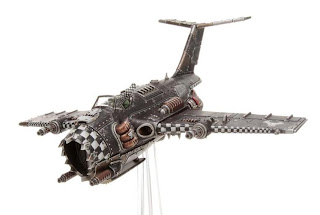 Despite being out of print for a very long time, it isn’t a surprise that it would suddenly show up now. Games Workshop just released a bunch of new aircraft for their armies. One of those is a great looking Ork plane that can be configured three different ways. If I didn’t still have a two tanks and an attack bike to work on I might be wanting to put together my own Killboy and I don’t even have an Ork army.