It’s been a long week, but I’m excited today. Tonight is the SciFi channel’s premiere of Piranhaconda! Yes, this is another of those cheaply put together movies where hoards of people are eaten by giant CGI monsters. Each of these movies has to have some kind of hook to make themselves different than the others. Are two kinds or monsters fighting, is there something super unique about this monsters, or in what is becoming my favorite, is the monster an amalgam of two other things. 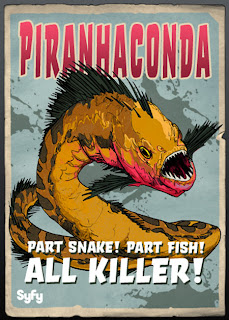 Piranhaconda’s plot seems to be too good to be true. A low budget horror movie crew has traveled to the Amazon jungle to create a film. What they don’t know is they’ve picked an area inhabited by a enraged piranha/anaconda hybrid. What would make such a majestic creature angry? How about someone stealing its eggs? 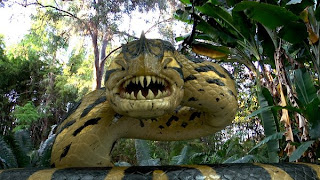 Michael Madson (Vic Vega aka Mr. Blonde) is getting top billing in this one. It also starts Rachel Hunter famous for being on the cover of Sports Illustrated Swimsuit Editions and being the ex-Mrs. Rod Stewart. She’s been in other things, but I think her best acting has been in the video for Fountains of Wayne’s “Stacey’s Mom.” The rest of the cast, well it really isn’t important. The real star of this one is going to be the Piranhaconda. 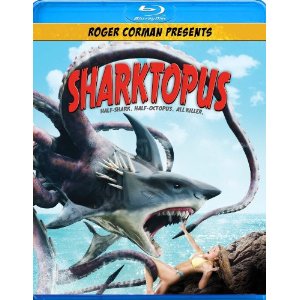 If you have a lot of time to kill tonight, SciFi is following the showing of Piranhaconda with my all time favorite, Sharktopus. Both of these movies were produced by Roger Corman, maybe we’ll see the day where the two meet. Okay, I admit that this is just a desperate plea for more Sharktopus. 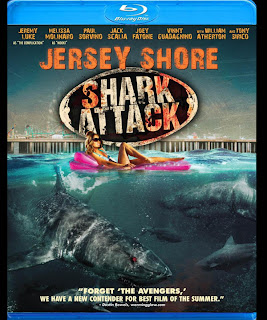 Also, I wanted to add this quick note. I had ignored Jersey Shore Shark Attack because I thought it looked ridiculous. It is ridiculous, ridiculously hilarious. The parody is so over the top that I was laughing through the whole thing. Totally worth checking out.