If you would have told me on the first day of the playoffs that the Kings would win the Stanley Cup this year I would have laughed at you. Even before the playoffs the Pacific Division practically had their own tournament with the qualifying teams changing often. Once the Kings were in the post season they came alive. 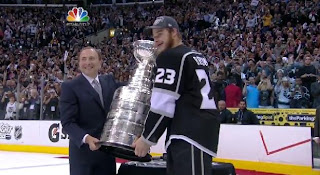 Their playing was amazing. They destroyed the President Trophy winning Canucks. The Canucks should have gone much further in the playoffs, but the Kings stomped them. The Blues were next, they get swept. The series is over as quickly as it began. Round Three was Coyotes and Kings. Phoenix was lucky to be where they were and stood no chance against the Kings. At the end of Round Three the Kings have only lost two games. 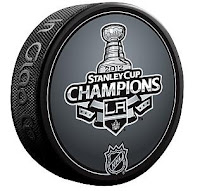 It looked like the Kings were going to make quick work of the Devils, but New Jersey managed to slow the tide by winning two of the games. There is already talk of some of the penalties called in the last game, but those calls have been played, there is no undoing them now. I don’t think any of the Kings care about that talk though; they are too busy celebrating a well deserved win.