Happy Flash Friday everyone! Saturday I was surprised by how many people hadn’t seen the video for “The Star Wars that I Used to Know.” So today I’m going to be talking about a web comic that I hope most people are already reading. Little League by Yale Stewart is pretty much my favorite thing about the DC characters right now. I can’t remember the last time I anticipated a DC comic as much as I anticipate every new installment of Little League. 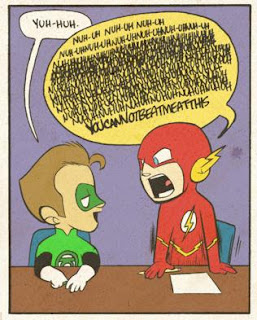 Little League takes place in an elementary school filled with heroes and villains. Batman and Superman are without a doubt the leads of the strip. The rest of the characters aren’t overlooked though. All of the other characters have had a chance to shine. Of course since this is Flash Friday, we have to talk about how Yale handles the Flash. 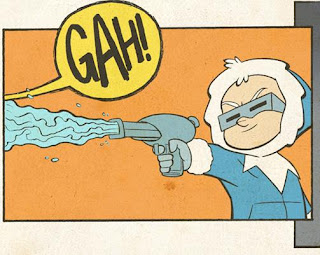 Little League’s Flash is a hyper, enthusiastic, and prone to yelling. He is fantastic. When the villains finally show up, Captain Cold was chosen from Flash’s Rogues. Len looks fantastic of course. He doesn’t get to do too much besides play muscle for Lex Luthor, but he does have one amazing moment that I won’t spoil here. If you love DC’s characters, you owe it to yourself to read Little League.