Happy Flash Friday everyone! The new 52 has made a number of changes to the Flash’s Rogues. I won’t say that I’m thrilled about these changes but I’m not really willing to get into that discussion right now. Instead I want to give some of the lesser villains a bit of the spotlight. Those evil doers forever banished to the back of overcrowded group scenes to make the villains seem more numerous. Today we’re talking about Double Down. 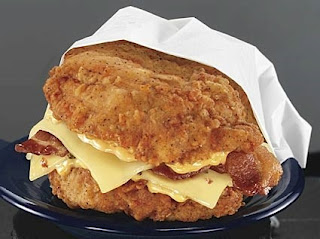 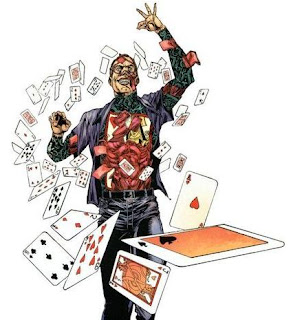 Double Down was actually one of the new villains introduced in the story Iron Heights. His real name is Jeremy Tell; a con artist and gambler who murdered another gambler one night after losing all his money. A cursed deck of cards flew out of the dead gamblers possessions and fused with Tell’s skin. Tell can now control the cards which can be razor sharp. 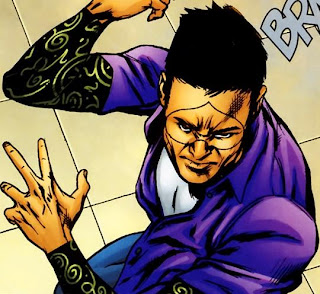 Double Down has never gotten his own story. He is always a joiner of some sort. He’s worked for Waller, Penguin, Joker, and the Top. When you’re used as a foot soldier in a story you’re never going to get any time to really shine. His cards have been shown being able to hurt Superman, so they are probably magical in nature. Years ago I was told that Double Down was homosexual. He hasn’t received enough story time in the comics for that to be addressed, so I doubt you’ll ever see it mentioned. 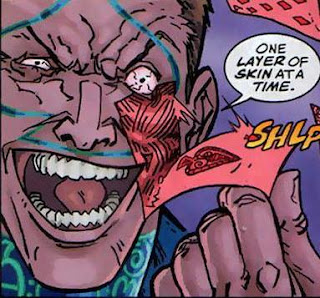 Since Double Down doesn’t really have a history that needs updated or retconned I figure he’ll show up the next time someone needs to use a bunch of lower tiered super villains. It’s a shame too; most villains have at least one issue or two to look menacing before they’re demoted to filler. So today is dedicated to Double Down. Also if someone with artistic talent wants to draw Double Down eating a Double Down, I will be forever in your debt.