It’s Hangover Thursday, how’s your head? I’m feeling pretty good but it was still difficult to get out of bed this morning. I was introduced to two stouts last night and I went home with a belly full of them. I wish you could have all been there with me, but since you weren’t I guess I’ll just have to tell you about them. 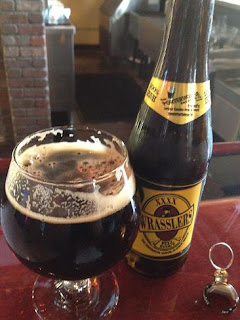 The first I had was Porterhouse Brewery’s Wrasslers Full Stout. Wrasslers is an Irish stout, made in Ireland, and they want you to know it is based on an old Cork recipe that Michael Collins used to drink. I wasn’t running around during Ireland during the 1920s so I can’t confirm that last part, I can confirm that Wrasslers is an excellent stout. It’s a flavorful stout, but I didn’t find the bitterness overpowering. I had two of them and was ready to head home early when the next beer happened. 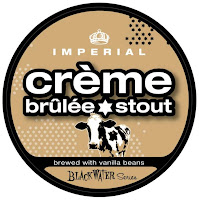 As I’m saying I’m going to leave my friendly bartender says, “Have you tried the Crème Brulee yet?” I laugh; there is no way I’m going to enjoy a beer called Crème Brulee. He comes back with a sample. It smells like candy, it tastes like candy. The alcohol taste comes after that initial sugar rush. Oh my god, I like a beer called Crème Brulee. Crème Brulee is actually an Imperial Stout from Southern Tier Brewing Company. I’ve mentioned them before; they are the brewers who make the Mokah stout I’m so in love with. 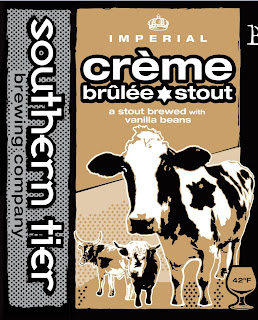 The Crème Brulee is an Imperial Stout, so it came with an Imperial ABV. 9.60% compared to Wrasslers 5%. It was also on tap, so I knew it wouldn’t last long. After I finished the first glass I had to order a second. If you run into either of these stouts in your journeys you should try them for yourself.