I love animal shows. Animal Planet and Nat Geo Wild are constantly on my television. While I am completely addicted to Call of the Wildman, I’m mostly fascinated with the animals people don’t like. I want to see monitor lizards, snakes, eels, sharks, and Tasmanian devils. Thankfully Nat Geo Wild has a show full of the things I like seeing, it’s called Freaks and Creeps. Lucy Cooke has made a number of different shows for channels like NatGeo, Discovery, and the BBC, but in this new show we really get to see her passion. There are millions of animals out there, let’s talk about the ones you don’t always see on television. The first episode I saw had her going to Borneo and ignoring orangutans; instead she focused on the proboscis monkey. Another episode heavily features the Tasmanian devil, an animal infinitely cooler than the Warner Brothers cartoon character of the same name. 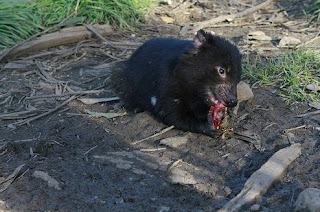 It’s also nice to see a hosted animal show again. There have been so many reality shows on the animal channels I had forgotten how nice it was to have a hosted show. What is Jeff Corwin doing nowadays anyway? Lucy is genuinely funny. Her excitement about the animals she’s showing off is infectious. She also makes sure to make the researchers helping her look good. These people are doing things to help protect the animals the program is showcasing, their fifteen minutes of fame is well deserved. 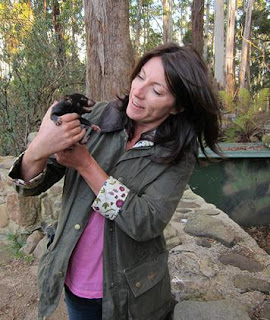 If you see Freaks and Creeps is on, give it a try. You may get lucky and see the episode with the animal kingdom’s strangest penis.

Email ThisBlogThis!Share to TwitterShare to FacebookShare to Pinterest
Labels: Television