It’s Hangover Thursday, how’s your head? I’m going to let you in on a little secret, I wrote today’s entry on Wednesday afternoon. I knew I was heading to the bar as soon as I left on Wednesday night and had actually taken Thursday off. I highly expect that my head will be wrecked Thursday morning. When I finally drag myself into the shower Thursday morning I’ll be wishing I had some beer soap. 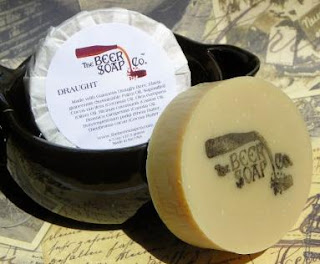 You read that right. The Beer Soap Company is actually using beer to make soap. The company started out just making all natural soaps. As their soap line expanded they experimented with using beer in their soap. The beer soap was such a great seller it took off and they became the Beer Soap Company. These aren’t generic beers either. You don’t just order a bar or Stout or Pilsner, there list of available soaps lists exactly which beer was used to make the soap. 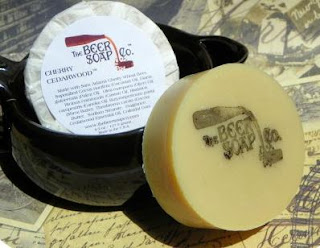 I’m of course drawn to Guinness and the other stouts. The Guinness selection contains both draught and extra stout. I’m also really tempted to order a bar of Sam Adams Cherry Wheat. Each bar of soap will run you between six and eight dollars. If you like the soap, you might was well grab a six-pack. Most of the soap is vegan friendly, unless the beer itself isn’t (I’m looking at you Guinness). Check out their website, the beer selection might surprise you.