It’s Hangover Thursday, how’s your head? Considering last night was my first night back from vacation I didn’t feel the need to head out to the bar last night. I did plenty of drinking this weekend though. I grabbed a bunch of Fat Tire, something I can’t normally buy in Florida. I also managed to down a bunch of Guinness at an Irish Pub. On Sunday I went to the Haymarket Pub and Brewery. 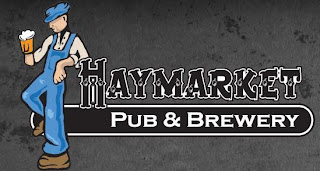 I usually like any place that brews their own beer. Haymarket had eight of their own beers on tap plus a handful of beers from other people. They also had a good selection of bottles, but it seemed a bit pointless to me to buy beer from someone else. I went with the Blacksox Porter and was very happy with that decision. Haymarket offers their beer in a number of different sizes; so you can easily put together a flight of beers or just get a really big glass of your favorite. 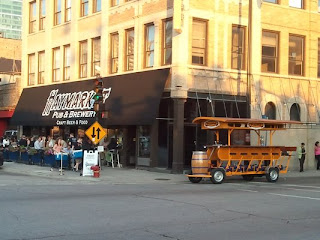 There is more than just good beer at Haymarket the food is pretty fantastic too. We were there for brunch and I ordered something called the Morning Riot. The Morning Riot is house-made Italian sausage, mozzarella, smoked pulled pork, pan-fried sunny-side up egg, Yukon potato hash, and toast. It tasted as ridiculous as it sounds; I highly recommend it. 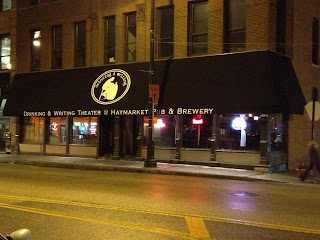 Haymarket offers really in-depth brewery tours. I was interested, but the party I was with wasn’t jumping at the idea of an hour and a half brewery tour. It’s at the top of my list of things to do when I head back to Chicago though. This isn’t the last time I’m going to be talking about Haymarket, they’re involved in something called Drinking and Writing, but that’s for another day.