Since Brandon went into his Kilowog rant the other day I thought I’d share some interesting pictures. This is a lot like the time I posted all the different animated Jonah Hex pictures, except I can’t really discuss much about how Kilowog acted in these cartoons. Besides muttering the word Poozer, he is pretty much a background character. He may stand up for John in the JLU episode or back up Hal in first flight, but his characterization is pretty much the same. 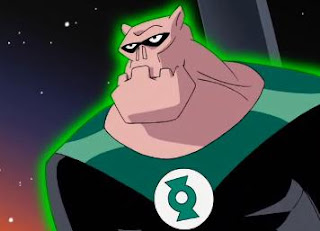 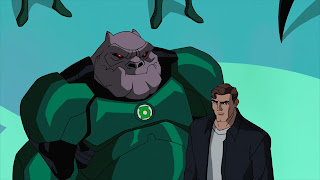 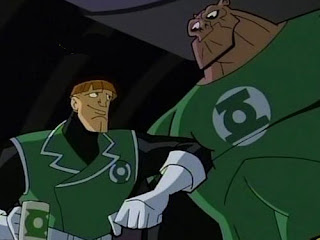 Batman Brave and the Bold
So you have the many TV screen looks of character. I’m waiting to see how he looks in the movie before making any assumptions. As I mentioned in the comments of Brandon’s article, I’m more worried that they’ll have him saying Poozer every time he talks. Really guys, once or twice in the whole movie will be enough.
Posted by Ken O at 10:06 AM