Happy Flash Friday! The news has dropped, after Flashpoint we are going to see just about everything relaunched with a new shiny #1 issue. There aren’t a whole lot of details at this point so I won’t really speculate on what the new series may or not bring. Since I’m currently away at Heroes, I thought a fun “light” column for today would be to take a look at the covers of the other Flash #1s out there. There are a number of issues I’m not listing here; I’m just looking at the covers with a big number 1 on them. 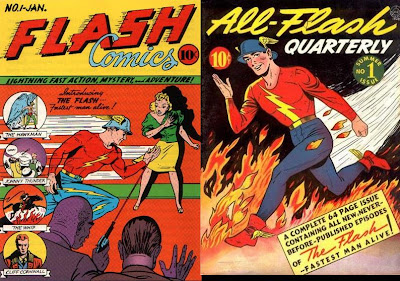 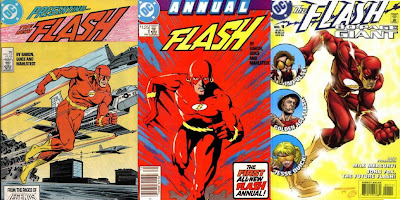 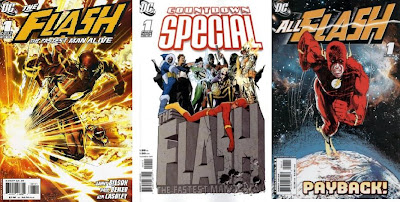 Flash Fastest Man Alive (2006), All-Flash (2007), and Countdown Special Flash (2007). Starting with Bart’s run on the Flash and the series all about the aftermath of it. Poor Bart, I actually was liking his move to California before everything went oh, so wrong. 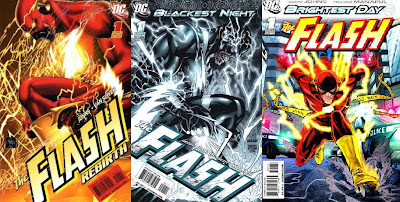 I’ve obviously left out some number 1s; I didn’t include either Flashpoint series for some reason. I left out the first 80-Page Giant too, just because of the lack of a number 1 on the cover. Come back next week for the full Hero Con report.  I think I'm going to take Saturday off, so there most likely won't be an update tomorrow.
Posted by Ken O at 8:00 AM