Today is the second part of our Heroes Con recaps. Yesterday was Nat Jones talking about ‘68. Today are interviews with Jeremy Haun, Jeff Johnson, and Declan Shalvey. The interviews will continue tomorrow and then Flash Friday will be an interview with Scott Kolins. 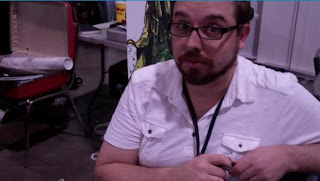 JH: I am currently working on the Top Cow event Artifacts. I’m doing issues 9 through 12 of that. Nine is in the can and should be out next month; with the other three issues following closely behind. After that I’m going to be taking over the Darkness and I’m going to be on there for the duration of my time at Top Cow, a couple years maybe.

K: I know you have written before, like the excellent Narcoleptic Sunday, are you planning on writing more?

JH: Actually I am. I’m in the process doing the final draft on an upcoming Pilot Season book for Top Cow. It’s going to be coming out in the fall. We’re going to be doing a big preview of it in San Diego.

K: Moving on to games, are you a gamer of any type?

JH: I play a lot of video games. I play a lot of games with my kid. We’re playing Lego Indiana Jones 2. I play through them and then we play through them together. I am getting back into Red Dead Redemption. I had played like 12 hours of that and then had to stop and that I needed to work. I quite literally think it was a Saturday night or Sunday afternoon where I had played for six hours. I can’t do that and have a career. I love games like that, that you can immerse yourself in; but when I’m working and I’m on a tight deadline I play games that I can play in 30 minute increments.

When I work I use the Pomodoro Technique. Basically you work in 25 minute increments; you do a task and at the end of the 25 minute period you stop, reset, and do another task. It’s a way to maximize your time and output across a number of things.

K: What is your drink of choice?

JH: If they can make them I like mojitos a lot. I make pretty amazing mojitos myself, so it is pretty hard to beat what I do. But I like wine, I like rum drinks. 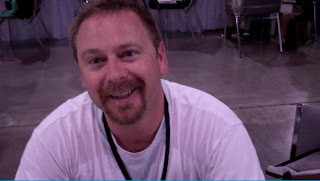 JJ: Sadly I don’t too much comic book stuff, I mostly do animation, but Dave (Johnson) , Dan (Panosian) , and I are coming out with a book called Skullkey. It’s basically a Twilight Zone comic book, each writer/artist is going to do their own take on the McGuffin of the Skullkey. So that’s going to be an anthology book that will be coming out next year.

K: Is there anything in animation that you can talk about right now?

JJ: Right now I’m working on Transformers Prime. I can’t tell you anything that happens in it, but I can tell you that it is a really cool show. I just finished a season on Young Justice and that is a really cool show too. I mean the characters are beautifully designed, the stories are really interesting, and the take on the characters is really cool. Having said that, as much as I like Young Justice when I got to Transformers the first week I was there they had me watch the first season. I got to watch the episodes that were finished and then I got to watch the animatics. It was the most awesome cartoon I’ve seen in a long time. It takes all the Transformers stuff and completely takes it to the next 6 or 7 levels. Some of the stuff we’re doing is outrageous.

K: I know a lot of fans are very dedicated to the G1 era of the Transformers, are you getting a lot of good feedback?

JJ: Apparently every that sees it loves it. I know a lot of people were reticent and a little bit wary when it comes to the CG side. But the CG is so well done and the studio that does it in Japan really just works their asses off. It’s gorgeous.

K: Do you play games? Are you a gamer?

K: An easy question for someone involved in Drink and Draw. What’s the first thing you order going into a bar?

JJ: The first thing I order is a Guinness 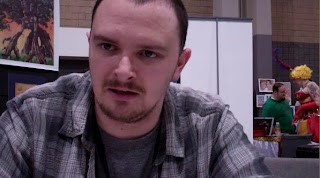 DS: Basically it’s all Thunderbolts at the moment for Marvel. I have about four issues coming out of a four issues run. That will all be coming out this summer; it’s a Fear Itself tie-in. I also have a story in trade paperback coming out called Fear Itself: The Worthy. Which is all short stores about The Worthy. It doesn’t seem like much, but that’s a lot of work coming out this summer. The last year an awful lot of 28 Days Later trades came out, so I have a lot of stuff out there on the stands.

DS: I don’t. I had to give it up. I used to arse around on Spiderman 2 and Grand Theft Auto and that. I liked messing around on games but I was getting nothing done. To be serious about comics I had to give up video games. I haven’t regretted it but every once in a while people are like, “have you played this game,” and I have to tell them no. That’s kind of my answer these days.

K: What is your favorite drink?

DS: My favorite drink is pretty much my only drink, which is cider. Cider is pretty much my drink of choice. Unfortunately here it is kinda hard to get in some places. In New York it’s not too bad; there are various Irish Pubs where you can get it. But if you go to hotels and stuff like that it is more of a rarity. I switched to a Jameson and Ginger. My Mum took me to a pub when I was 16 and had me try every drink at the bar. Cider was the one I liked and that’s the one I drank ever since. Thanks Mum.

Thanks again to all the artists who took the time to do a short interview. Make sure you come back tomorrow to check out the next batch.
Posted by Ken O at 6:14 AM