Happy Flash Friday! Well, it all happened didn’t it? “You Maniacs! You blew it up! Ah, damn you! God damn you all to hell!” All Planet of the Apes quotes aside, I am still unsure of the new DCU. I will still be buying Flash every month and for the time being, I don’t see Flash Friday’s going away anytime soon. Today though, I’m going to offer up a couple of Flash related books that I wish would happen. If Batman, Superman, and Green Lantern can have a bunch of titles, why can’t the Flash? 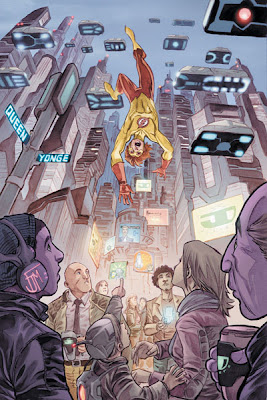 So we’re going forward and leaving the new Barry Allen comic alone. I’m not replacing Francis Manapul and Brian Buccellato before they even get started. So the most obvious would be a Kid Flash book by Kid Flash Lost team Sterling Gates and Oliver Nome. I have no idea who the new Kid Flash is but I loved how Gates handled Bart. The end of Kid Flash Lost was just….well I sat down at the counter in my local shop and read it before I even left. 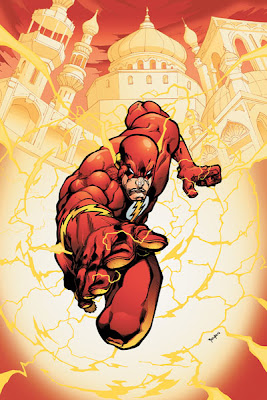 Wally West and the Speedforce would be my next choice. Sure I don’t know if he even plays a part in the new universe, but I hope he will at some point. Bring back Brian Augustyn, I enjoyed his 90s retro issue. Split the book, each issue has a Wally West story and then the back up would contain a story about a Flash character either in that current time or story set in a different time. Personally I’d like the back up to be a Walter story. We could bring back Paul Pelletier for the art duties. 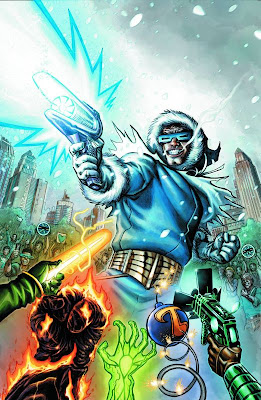 Scott Kolins gets Rogues. Fist arc I want to see them piss off Grodd. All out monkey and Rogue battle. It’d be amazing. I hate the idea that the Rogues are going to actually have powers instead of relying on their devices, but there isn’t much I can do about that. Besides this villain style book could end up being the new Secret Six style book. 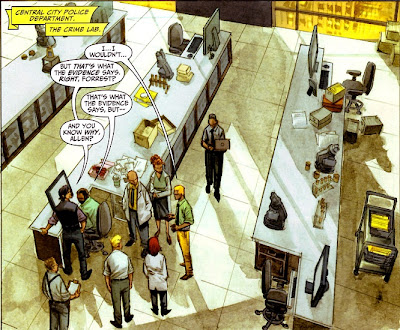 Okay, so most of these have been the same thing everyone else is asking about. I’d like to think Rouge/Monkey war was my idea, but someone else out there probably thought about it too. How about a Central City PD? Like Gotham Central did before, give us a look at the regular cops in Central and Keystone cities. Here is the best part; Barry Allen is a supporting character. Not as the Flash, just as Barry doing his day job.

That’s all I have for this week’s Flash Friday. What are your dream Flash relaunch ideas? And please keep them some what positive.
Posted by Ken O at 12:22 PM