It’s Hangover Thursday, how’s your head? Despite having a few drinks last night, I’ve started working later hours so I got to sleep some of it off. Earlier this month I talked about my complete disappointment with Guinness Black Lager. Today we’re returning to the Black Lagoon…err…I meant to the Black Lager. So how did the Spoetzl brewery do? 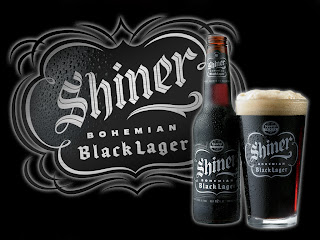 Shiner Bohemian Black Lager is today’s topic and was last night’s beer of choice. Like its name it is a dark beer, but if you aren’t a fan of stouts don’t be scared off by the color. By definition black lagers don’t carry as heavy a taste. When you open one you get a hint of chocolate and hops, but not an overpowering smell. You might get the smell, but this is not a hoppy tasting beer. When drinking it you get that hint of chocolate, coffee, and sugar. 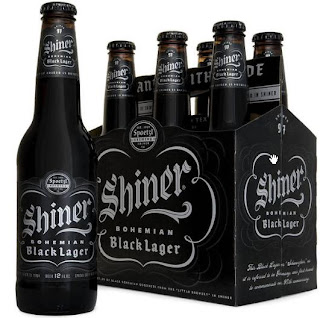 I think I paid around 9 dollars for a six pack of the Shiner Black. I’ve also found it in the beer coolers of a couple different places around town. This has been my go to drink for most of August. Obviously everyone’s taste differs, so this is one you’ll have to check out on your own. Personally I’m probably going to pick up another six pack or two for the long weekend.
Posted by Ken O at 10:03 AM