I was lucky enough to join a few friends last night in a private match of Space Marine. It was an interesting experience. I knew the first two people in the party and consider them both good friends. Then another friend and his buddy joined up, and so on and so on. So the group ended up as three people I knew well, one person I had met, and two people I had never met. It was at that point I got schooled. 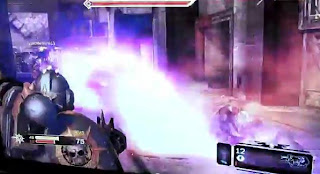 Two of the players were big first person shooter fans. I see one of them playing Gears of War and Call of Duty all the time. He and his buddy are calling out that they are in area alpha or bravo. I’m impressed and I’m dead. A lot. I’m not complaining though, because I had a blast. And those times I took an objective or made a kill were exciting and fun. It made me think about my own skill at video games though. 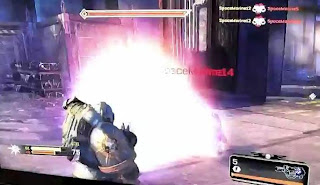 There are so many different genres grouped under the banner of video games that saying you’re good at video games doesn’t really mean anything. You may be unbeatable in a racing game but get destroyed in fighting games. I am not good at shooters, but I’m getting better. It was interesting seeing someone that is good at shooters though. Earlier this year my wife finally started playing the Lego Harry Potter video game. She had never played a platformer before. Watching her learn was fascinating, she was picking up skills that I’d learned way back in Pitfall. 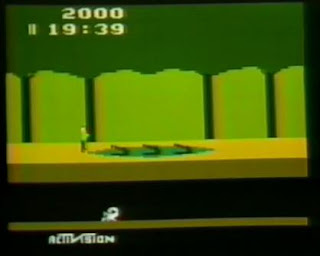 What are you good at? Are you unstoppable in MMO pvp? Do you avoid multi-player completely and dominate RPGs and sandbox games? Do you pick up every midnight release of Madden?
Posted by Ken O at 11:49 AM