Having lived in Florida most of my life I realize we are not a state known for common sense. In fact I’d be willing to bet that the majority of crazy news stories come out of Florida. I think the heat and mixture of cultures just seems to bring out the crazy in people. Florida finally made a decision that I am happy about. I realize that not every one will agree with me, but I’m thrilled about it. Florida has just banned the killing of four species of shark. 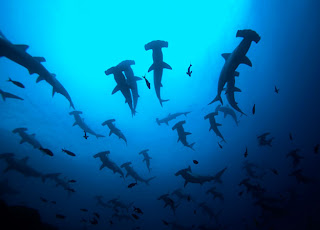 The species in question are the tiger, the smooth hammerhead, scalloped hammerhead, and my personal favorite shark, the great hammerhead. Obviously not everyone agrees with it, I’ve skimmed through a few fishing boards and read the outrage. This ban doesn’t stop anyone from fishing the listed shark species, but once you catch them you’ll have to release them. 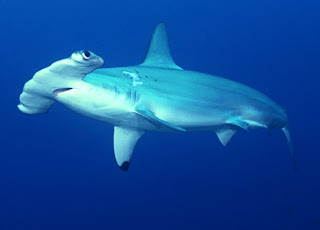 A lot of the reason for the ban doesn’t stem from the fishing that is taking place here, but rather the effect of shark fin fishing in other countries. I know this doesn’t fall into our normal type of article, but I figured since I spend so much time talking about Shark Week and Sharktopus that other shark news would be acceptable too.
Posted by Ken O at 10:06 AM