The amazing looking DC Superhero Legos are starting to his store shelves. The report I read said they were showing up at Toys R Us, but I’m sure they’ll be on shelves pretty quickly so that everyone can get in on that Christmas spending. 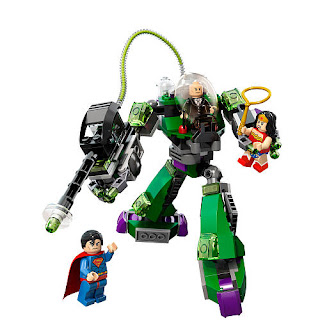 The traditional mini-fig sized sets come a few different options, most of them are Batman themed though. There is a small Batman/Catwoman set, a Batwing/Joker-Copter set, a Batmobile/Two-Face set, and the incredibly cool looking Lex Luther power armor set. The Lex set also comes with Superman and Wonder Woman. Besides just being cool looking it is automatically my favorite for not being Bat related. We’re also supposed to be getting a new Batcave set, but I don’t think it has been released yet. 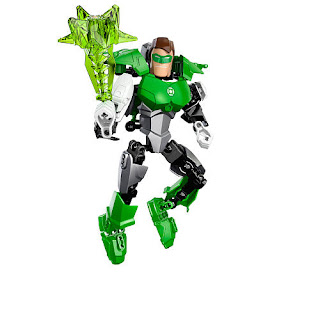 There are also a few figures in the Bionicle/Hero Factory scale. Surprise they have a Batman and a Joker! I know, I know, you’re as shocked as I am. The other figures isn’t Superman, it’s Green Lantern. I’m not a huge fan of these. Something about them just looks odd. They look more like giant robots dressed like Batman or Green Lantern. That being said I’ll happily buy the Flash if one comes out.

I doubt I’ll be picking any of these up, but that temptation will be there every time I see them. Why does Lego always want to take all my money?
Posted by Ken O at 3:53 PM