UPS was busy this morning. As I was leaving for work this morning I found a large box on my doorstep. Usually I seem to be at the end of their delivery day; sometimes I get packages as late as 7pm. Today’s was delivered before 9am. When I saw how big the box was sure my wife had orders another American Girl doll, it’s a big box. 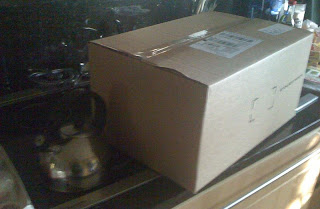 As you can see in the picture, it’s a big box. When I saw Games Workshop on the box I had that thought; this can’t be my Games Day ticket, someone had to have sent me something awesome. Make no mistake, this box contains a ticket. It also helps explain why the shipping was 7 dollars. 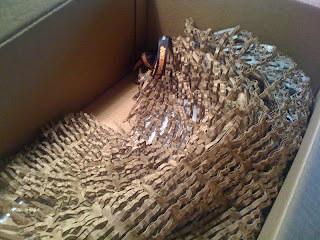 Inside the box is…well it’s mostly empty. Lots and lots of packing filler. It is kind of a letdown to open such a large box and only see real contents in the bottom quarter of the box. 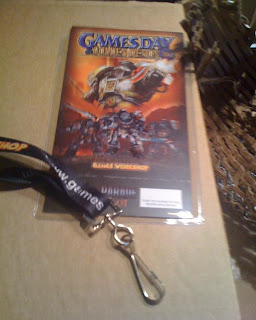 Here is the lanyard, a clear ticket holder, and the actual Games Day ticket. I have to say, sending an actual Games Workshop lanyard is nice. Most companies would just send you the ticket and let you purchase one of their lanyards when you were at the convention. 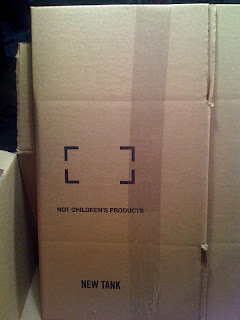 There was still more in the box though! I can tell you that the box in the picture above does not contain a “New Tank” even though it says so. This box was folded flat and tapped down. That’s a shame really, my army could really use a tank or three. 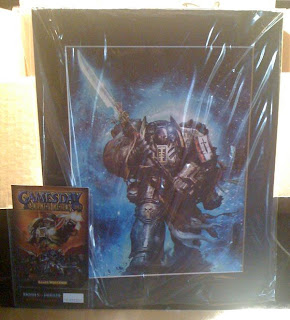 Inside that protective cardboard was actually a matted 8.5”x11” print of a Grey Knight. The print is limited to the first 500 people who ordered a Games Day ticket. I am not sure if they are still available or not. And that’s it for the unboxing.

If you haven’t figured it out yet, That F’ing Monkey will be going to Games Day North America in July. That means it’ll get our normal convention coverage. So expect more information on that as we get closer to July.
Posted by Ken O at 10:13 AM