Recently I was reading about how different internet sites and services were creating a new uprising in Do It Yourself musicians. Bands that aren’t worried about the big music corporations, ending up in music magazines, or being household names are flourishing right now. That got me thinking about one of the best DIY bands ever, Fugazi. Because of this train of thought I discovered the Fugazi Live Series was just launched this month. 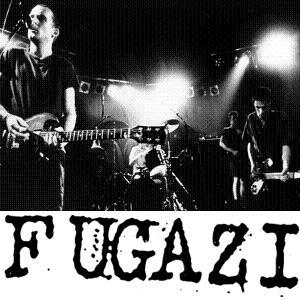 From 1987 to 2003 the band played over 1,000 shows. Over 800 of those shows were recorded by their sound engineers. That is a ton of music. The Fugazi Live Series is restoring that music and making it available HERE. In addition to loading the shows to the internet they are also trying to add any additional material like photos, flyers, etc… to the website. Obviously a project like this is going to take some time, they are starting with 130 shows and will load more as they go. 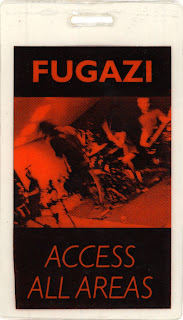 To download one of the shows is only 5 dollars. There is a preview so you can check out the sound quality before you throw your money down. If you’re a completionist and now have dreams about listening to all 800 shows, you can sign up for their Full Access package. 500 bucks will get you all of the shows. Sure it sounds like a lot, but it would be 4,000 if you paid for each one individually. I’ll be looking forward to seeing the 1993 recording from the Edge in Orlando; I was at that one.
Posted by Ken O at 10:23 AM